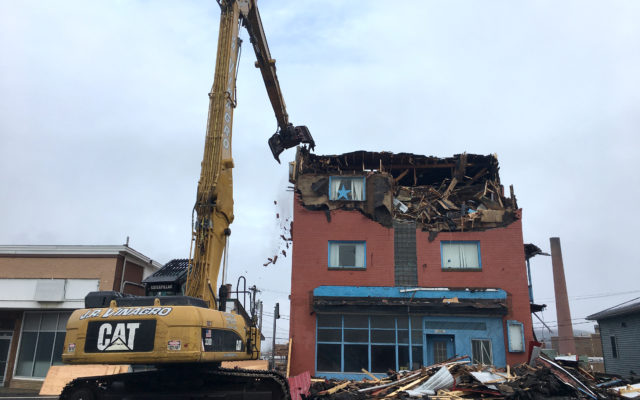 Jessica Potila, SJVT / FhF Staff Writer • December 2, 2020
A Main Street building with a history of public safety issues has been demolished in Madawaska.

MADAWASKA, Maine — A Main Street building with a history of public safety issues has been demolished in Madawaska.

The building that formerly housed the Blue Sky Motel was taken down on Tuesday as part of the Madawaska Downtown Revitalization Project.

The building, constructed in 1920, had been unoccupied for about 10 years, according to Madawaska Town Manager Gary Picard.

“That acquisition was part of a larger project — the downtown revitalization project,” Picard said. “At inception, the town had identified some properties considered slum and blight, empty, dilapidated buildings considered unsafe.” 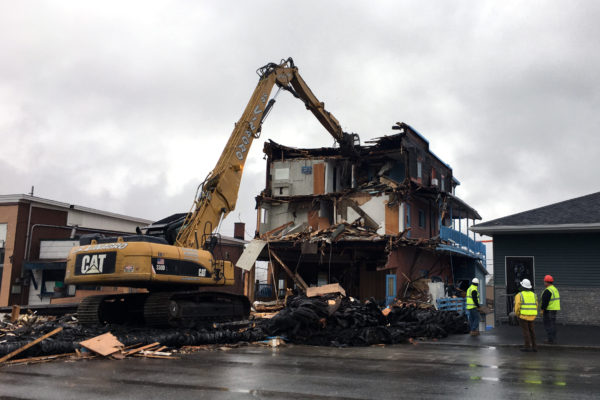 In 2015, the town cordoned off a section of sidewalk in front of the building when bricks from the second story began falling to the pavement below. In spring 2016, a large section of bricks fell away from a sidewall, landing in the alley between the former motel and Jeff’s Pizza.

“Things changed and the town was able to acquire the property at a reasonable price [earlier this year] and demolish it,” Picard said. 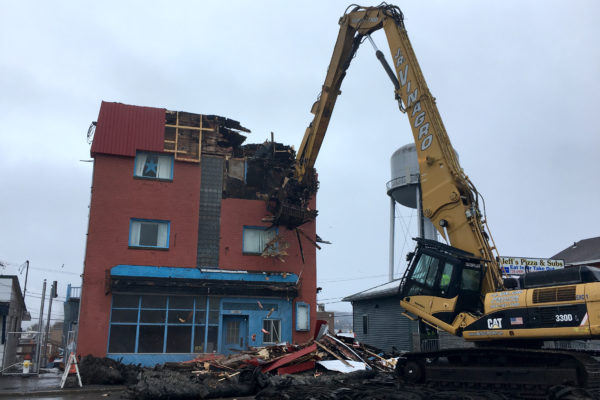 Blue Sky Hotel on Main Street in Madawaska was torn down Tuesday, Dec. 1. It had been vacant for several years. (Jessica Blalock | The St. John Valley Times)

The downtown revitalization project, which voters approved in 2018, includes four broad goals Madawaska hopes to achieve through 2028: a strong sense of culture and place, a vibrant and attractive community, a diverse and thriving local economy and an effective and exceptional government.

Last year the town removed several buildings on 11th Avenue as part of the revitalization project.

The town will look at plans to fill the empty Main Street lot in the near future.