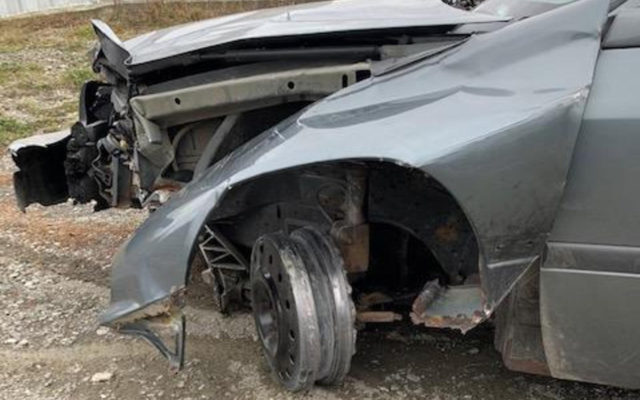 Jessica Potila, SJVT / FhF Staff Writer • November 6, 2020
A trail of parts from a damaged vehicle led Fort Kent’s police chief to a man who was allegedly involved in a hit-and-run crash on Nov. 1.

FORT KENT, Maine — A trail of parts from a damaged vehicle led Fort Kent’s police chief to a man who was allegedly involved in a hit-and-run crash on Nov. 1.

Adrian Smith, 20, of Eagle Lake was charged with leaving the scene of a property damage accident after police said he admitted to striking a light pole while driving his 2005 Chevrolet Impala.

Pelletier was on his way home to Eagle Lake from his hunting camp in Allagash around 1:30 a.m. Sunday, Nov. 1, when he noticed car parts scattered along the roadway.

Pelletier found out from the on-duty dispatcher there had been a hit and run crash about a half hour earlier in Fort Kent. A vehicle had struck a light pole near Monument Square.

The chief followed the car parts and a strip in the road he said appeared to be from a car riding on the rim of a tire, to a home on Sly Brook Road in Eagle Lake. There he found a 2005 Chevrolet Impala, with a front tire worn down to the rim.

Pelletier found Smith at the home. Smith allegedly admitted to striking the light pole with the car and made arrangements with the chief to meet with Sgt. Dalen Boucher later that morning to file an accident report.