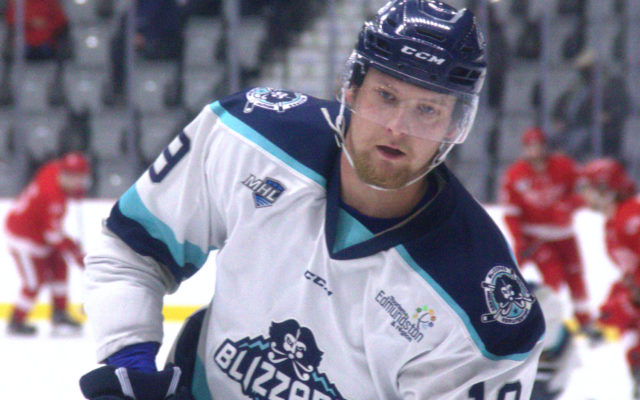 Laniel got the winner in the 36th second on helpers from Ben Lightbody and Isaac Chapman.

The game was one of four season game openers on Friday of the Honda Thank you MHL Week. The Blizzard-Red Wings clash was played at the centre Grant-Harvey  Centre in Fredericton in front of 517 spectators.

The Red Wings took a 1-0 lead in the first period thanks to Sacha Charbonneau’s goal at 4:18. Zachary Cadorette evened the score at 19:56 of the second period.

Blizzard’s record in opening game season, all played on the road, is a perfect four wins in four games. The game on Friday was the first that needed extra time.

High pressure will move out to sea over the course of the day with a warm front slowly approaching from the south/southwest tonight and Thursday.
Our Sponsors END_OF_DOCUMENT_TOKEN_TO_BE_REPLACED