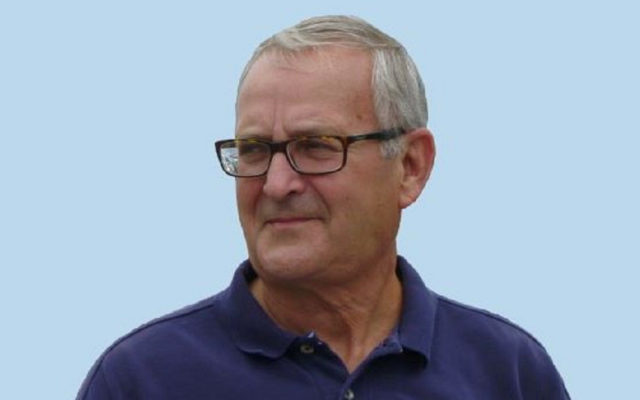 Jessica Potila, SJVT / FhF Staff Writer • October 22, 2020
Who to elect as the 46th president of the United States is not the only decision facing northern Maine voters on Nov. 3. Also at issue is who voters feel is best suited to represent them at the state level.

FORT KENT, Maine — Who to elect as the 46th president of the United States is not the only decision facing northern Maine voters on Nov. 3. Also at issue is who voters feel is best suited to represent them at the state level.

The candidates on the ballot for Maine House District 150, which encompasses Frenchville, Grand Isle, Madawaska, St. Agatha and Van Buren, plus the unorganized territory of Square Lake (including Cross Lake, Madawaska Lake and Sinclair Townships), are incumbent Rep. Roland “Danny” Martin, a Democrat, and his challenger, Republican Aaron Cyr.

Both candidates were asked identical sets of questions in email interviews sent by the newspaper. Cyr declined to answer the questions sent to him and chose not to participate in this article.

The following are abridged replies from Rep. Martin.

What is your background?

Martin was born and raised in Sinclair. He has owned and managed family businesses in Sinclair — Martin’s General Store and Martin’s Sporting Camps, as well as owned Rosette’s Restaurant in Frenchville and Lakeside Lodge in Sinclair.

Martin has previously served as a Maine state senator in the 108th and 109th Legislatures, as well as town manager positions in Frenchville and Madawaska. He also served for eight years as Maine Inland Fisheries and Wildlife Commissioner under the Baldacci administration.

Martin is married to his wife of 28 years, Diane Martin and between them, they are the parents of five adult children.

Why are you running for this seat?

Martin said if re-elected he has much left to accomplish in his final two years before being termed out of the representative position. “I was appointed House Chair of the Committee on State and Local Government six years ago,” he said. “As chairperson of a committee and with my background and experience I can represent my constituents and serve them well. I learned long ago that experience and seniority matter in Augusta.”

What do you see as the biggest challenges faced by voters in this district?

Martin cited the need to provide more funding for economic development in the St. John Valley. “Population growth has always been an issue and a challenge, since the closure of Loring Air Force Base,” he said. He also noted the need to curtail outmigration and a lack of adequate broadband Internet service in rural Maine as defining issues.

Many hunters live in northern Maine and others travel here and in doing so contribute to the local economy. Where do you stand on the issue of gun control?

Having served as Maine’s Commissioner of Inland Fisheries and Wildlife for eight years, Martin said he is aware of the valuable contribution of hunters to the local economy and supports the Second Amendment. The Sportsman’s Alliance of Maine, Institute for Legislative Action has endorsed Martin’s campaign. “As a current member of the Legislative Committee on Inland Fisheries & Wildlife I have always promoted funding for our snowmobile and ATV trails and programs,” Martin added.

What is your opinion about a proposed regional high school in the St. John Valley?

Martin said he supports a proposed state-funded regional high school to be located in Frenchville. “The citizens of SAD 27, SAD 33 and Madawaska should not miss this opportunity,” Martin said. “I will continue working with the Commissioner of Education to ensure its success.”

To what do you attribute the low numbers (to date) of COVID-19 infections in this district?

Martin cited low population as a key factor. “However, the pandemic is not over,” he said. “We should all continue wearing face masks.”

How familiar are you with QAnon? Do you think its theories have relevance to our area?

Martin said he does not support QAnon, which he characterized as “a far-right conspiracy theory.” “I don’t believe that most folks in our region believe in its theories,” he added.

Is there anything you would like to see changed about the law enforcement agencies in this district?

Substance use disorders, including alcoholism and addiction to methamphetamine, are more common in The County than in other parts of Maine. What would you do to combat that?

Martin identified substance use disorders as “a major issue in Maine and especially rural Maine.” “I have always supported and voted for additional funding to address this problem,” Martin said.  “Not only our law enforcement agencies but also our health care facilities need additional state and federal funds for treatment programs.”

Low pressure which brought yesterday's rain and wind continues to track northwards in Québec while the upper trough associated with the system will slide across the SJV today into tonight.
Our Sponsors END_OF_DOCUMENT_TOKEN_TO_BE_REPLACED