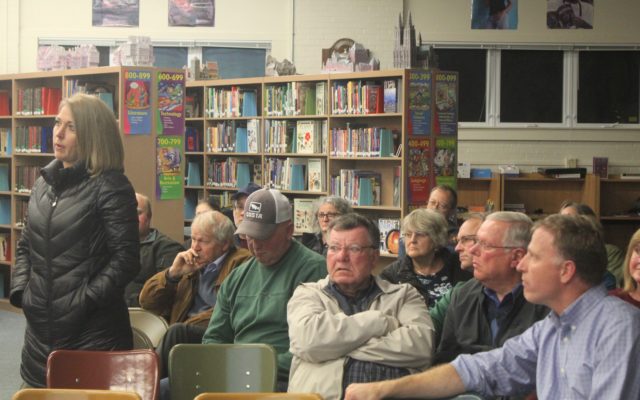 FRENCHVILLE, Maine — Representatives for three school administrative units comprising Valley Unified Regional Service Center attended a Think Tank meeting on Wednesday, but failed to reach consensus regarding the site of a proposed new regional school and whether to form an RSU.

Valley Unified is poised to receive up to $100 million in state funding for construction of the regional school building should the consolidation process obtain final approval from the Maine Department of Education.

In September, Maine Department of Education Commissioner Pender Makin notified Valley Unified administrators of a Dec. 31 deadline by which the Valley Unified partners must agree to form a Regional School Unit. If they fail to do so, the state will withdraw the potential funding.

Think Tank members discussed site selection at Wednesday’s meeting. A site selection committee chose a Frenchville parcel as the location for the school.

But members of the SAD 27 board disputed the fairness of the site selection process and a group of Fort Kent residents in January filed a complaint in Aroostook County Superior Court in Caribou asking a judge to put a temporary stop to the school consolidation process.

The Think Tank members were unable to agree Wednesday whether to keep the Frenchville site or begin a new site selection process, with SAD 33 and Madawaska School Department standing firmly in favor of the selected site.

Also unresolved was whether the school units would agree to form an RSU, although none of the Think Tank members indicated their boards’ refusal to do so.

The Think Tank members indicated that their respective school boards were open to the idea of inviting outlying towns to join the RSU should the school units decide to form one.

The school units are also open to considering a new voting distribution on the Valley Unified board.

Valley Unified Executive Director and Superintendent Ben Sirois has proposed that Valley Unified partners move to a 10-person board representative of the communities themselves rather than the districts.

The Think Tank members will discuss with their school board chairpersons whether to hold another Think Tank meeting or move to a more formal dispute resolution process with a mediator.

Mostly cloudy skies are expected across Fort Kent today. Clouds will thicken this afternoon as an area of low pressure quickly moves east from the Great Lakes and crosses Maine tonight then heads into the Maritimes Thursday morning.
Our Sponsors END_OF_DOCUMENT_TOKEN_TO_BE_REPLACED