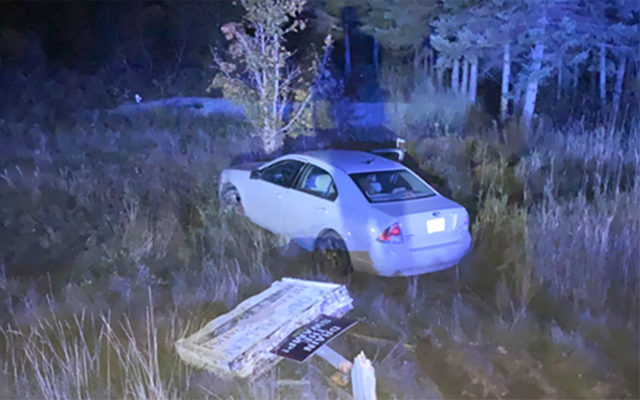 Chris Bouchard • October 13, 2020
The Aroostook County Sheriff’s Office is currently searching for a Frenchville woman following a high-speed chase in which her vehicle went off the roadway and she eluded officers.

MADAWASKA LAKE, Maine — The Aroostook County Sheriff’s Office is currently searching for a Frenchville woman following a high-speed chase in which her vehicle went off the roadway and she eluded officers.

The incident began on Oct. 12 at 6 p.m. when Deputy Jesse Belanger was patrolling the Madawaska Lake area on Route 161, according to a release from Aroostook County Sheriff Shawn Gillen. Belanger attempted to stop a gold Ford Fusion traveling north, reportedly driven by Britteny Finley, 32, of Frenchville, but the vehicle failed to stop after he turned on the lights and sirens. 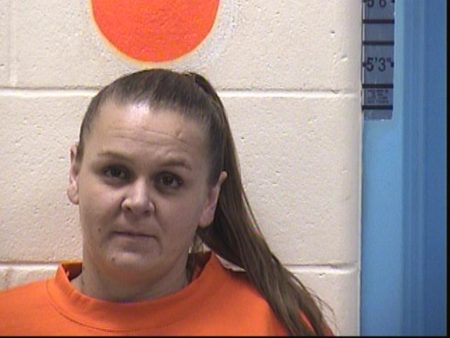 The pursuit went on for about seven and a half miles, at which time Finley allegedly reached speeds of 105 miles an hour during the chase. The pursuit ended when the vehicle was unable to make a turn and went off the road. Finley and a 26-year-old male passenger, whom police did not identify, fled the scene on foot and ran into the woods.

The male was found, questioned, and later released. Police set up a perimeter and began their search, but officers were unable to locate Finley, Gillen said.

According to the Oct. 13 release, a warrant was issued for Finley’s arrest for eluding a police officer, failure to submit to arrest or detention, driving to endanger, criminal speed, operating after suspension and violating conditions of release. Finley also has five outstanding warrants in Maine and South Carolina for various charges, the release stated.

Maine State Police, U.S. Border Patrol, North Lakes Fire and ASI Ambulance Service assisted the Aroostook County Sheriff’s Office on the scene, after which the vehicle was towed away by Twins Towing Service of Fort Kent.

The 500-millibar upper-level trough associated with the cold front and low pressure that brought last evening's thunderstorms will slowly move over the Valley today and Thursday with a chance for scattered showers and an isolated thunderstorm or two across the Valley this afternoon.
Our Sponsors END_OF_DOCUMENT_TOKEN_TO_BE_REPLACED