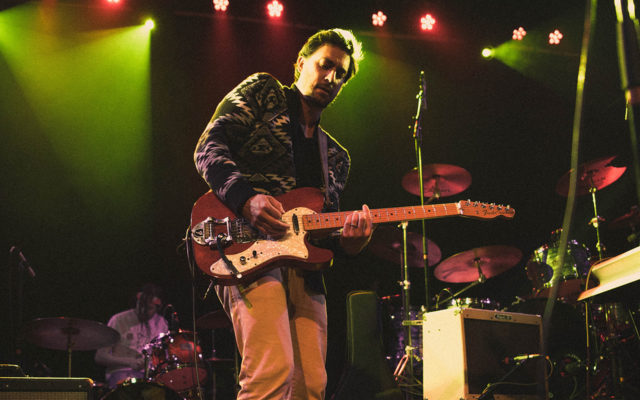 Lavoie, who now lives in Portland, was formerly in the band Dominic and the Lucid. Lavoie said that after a chance run-in with Grammy Award-winning producer Steve Berlin, the pair decided to team up. From that, the concept for the record “Wave with a Broken Arm” was developed with a 10-song lineup.

It was during his tenure at Madawaska Middle High School that Lavoie started playing music.

“I was mostly playing guitar at home with friends, but also at church and in the school’s marching band,” Lavoie said.

When he was 19, he moved from Madawaska to Portland for college, and has remained there ever since.

“All of my childhood memories are in Madawaska,” Lavoie said. “I was lucky to have a great upbringing in a great and safe place.”

For the last 20 years, the musician has released personal recordings, which began as a hobby but turned into a full-time job six years ago. However, COVID-19 has proven a difficult barrier to musicians from all around.

“This is a really hard time to be self-employed in general, especially with COVID,” Lavoie said. “Hopefully we can get back to playing out next summer, but the music industry will be one of the slowest to bounce back.”

Lavoie said he plans to continue writing over the winter and spending time with family.

“I’m trying to live day to day, since it’s impossible to tell where we’ll all be in a year,” he said.

The new record, “Wave with a Broken Arm,” will be available for purchase from the iTunes store starting Oct. 23.

High pressure over western Québec will build into the Valley today and center over the region tonight. The ridge will move east of the region tomorrow with a low pressure area approaching from the west with a cold front.
Our Sponsors END_OF_DOCUMENT_TOKEN_TO_BE_REPLACED