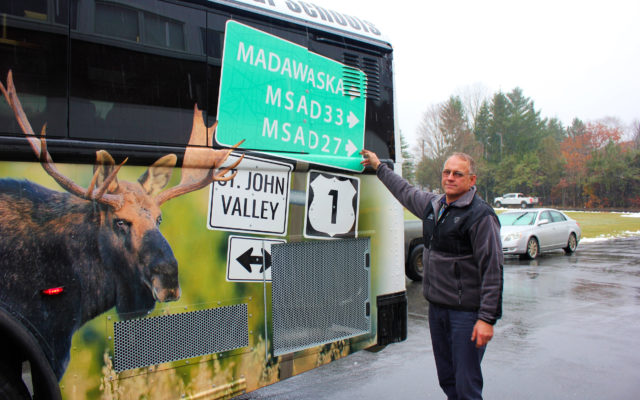 FRENCHVILLE, Maine — In letters both dated Sept. 18, SAD 33 and the Madawaska School Department made clear their objections to a potential SAD 27 withdrawal from the Valley Unified Regional Service Center.

SAD 27, which consists of Fort Kent, St. John Plantation, St. Francis, Wallagrass and New Canada, along with SAD 33 (Frenchville and St. Agatha) and the Madawaska School Department entered into an interlocal agreement in 2018 to form Valley Unified with the aim of building a state-funded regional school to address declining enrollment and rising costs in education.

In the withdrawal letter, which the other school units received on Sept. 6, the SAD 27 board said it was prepared to initiate the withdrawal process at the Monday, Sept. 21, meeting of the Valley Unified Board of Directors.

The primary issue cited in the withdrawal letter is what SAD 27 considers an inequitable distribution of voting power on the Valley Unified board.

The Sept. 18 response letter from the SAD 33 board of directors points out a clause in the interlocal agreement that prohibits SAD 27 from withdrawing without a supermajority (7-2) vote of the nine-member Valley Unified board.

“Thus, while your notice of intent to withdraw makes your dissatisfaction known, it is of no practical effect,” the letter reads. “Should MSAD 27 stop participating in VUESC governance, it only risks being further bound by decisions of the participating board members for the next 23 years.”

The SAD 27 board also raised concerns in its withdrawal letter about the outcome of the Valley Unified school site selection straw poll.

A non-binding Feb. 13 straw poll saw a total of 1,708 residents in the three districts vote in favor of a Frenchville site for the new school. Voting in SAD 27 was tied at 419 yes and 419 no votes. Fort Kent — the largest town in the district — voted against the project 350 no to 327 yes.

The board also said in its letter that it has not seen any attempts by the other boards in Valley Unified to respond to SAD 27’s concerns.

“To the contrary, our concerns have been ignored, dismissed, and met with apparent contempt,” the letter read.

No action was taken at Monday’s meeting regarding a potential SAD 27 withdrawal.

Instead, representatives from all three school units agreed to discuss the letters at their respective upcoming local school board meetings before deciding on the next course of action.

Per the interlocal agreement, the next step in the process is for the Valley Unified partners to undergo dispute resolution, beginning with a negotiation that must take place within 30 days of the date (Sept. 6) SAD 33 and Madawaska School Department received the SAD 27 withdrawal letter.  The VU board can also move to the next step, which is mediation.