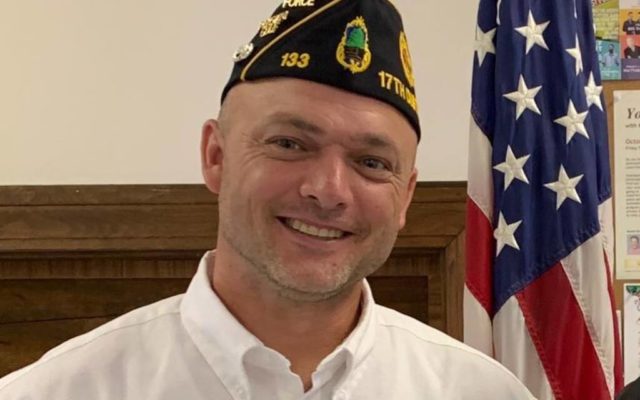 McKenzie, 46, of Fort Kent was appointed by Legion District 17 Commander Joseph Michaud and Post 176 Interim Commander Rosaire Daigle, who filled the position prior to McKenzie.

“I am very honored to have the respect of the community and fellow members of the Legion family,” McKenzie said. “I am hoping that with the continued support of my wife and Legion family that good things will come from this new role.”

McKenzie is a United States Air Force veteran who served in Operation Desert Storm and works tirelessly on behalf of other veterans.

He currently serves as American Legion District 17 first vice commander and District 17 service officer. He is also a member of the Aroostook Veterans Advocacy Committee and serves on Congressman Jared Golden’s Veterans Committee.

McKenzie is also currently undergoing the process of becoming a certified veterans service officer. McKenzie is a senior at University of Maine at Fort Kent where he studies computer science. He also works at Fort Kent Powersports.

“The owner of Fort Kent Powersports, Frank Fournier, has been super accepting of my requesting time off to attend the [veterans service] training or else I wouldn’t be able to do it and work a full-time job,” McKenzie said.

McKenzie married Heather (Belanger) McKenzie of Fort Kent in 2018. The couple are proud parents of a 2-year-old daughter, Lux.

Serving veterans is a family affair as Heather is a member of the American Legion Auxiliary. Lux will join the Auxiliary as a Junior member next year.

Joseph E. BeckSpecial to the Fiddlehead Focus13 hours ago

Short-Term Outlook: Wednesday - Friday Cloudy to mostly cloudy skies are expected over Fort Kent and surrounding areas today as a warm front lifts across the region producing some isolated shower activity.  A cold front will approach and cross the Valley tonight and early Thursday with gusty south/southwest winds developing ahead of the front thanks to the pressure gradient.
Our Sponsors END_OF_DOCUMENT_TOKEN_TO_BE_REPLACED