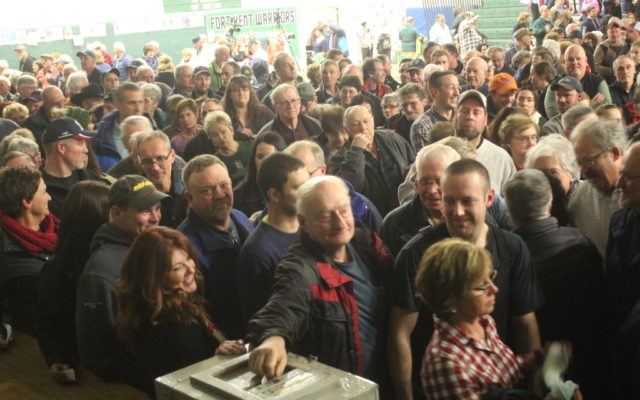 Jessica Potila, SJVT / FhF Staff Writer • September 10, 2020
School board members representing two of three school administrative units comprising the Valley Unified Regional Service Center met this week and discussed a letter drafted by attorneys for one of the boards indicating its intent to withdraw from the service center.

FRENCHVILLE, Maine — School board members representing two of three school administrative units comprising the Valley Unified Regional Service Center met this week and discussed a letter drafted by attorneys for one of the boards indicating its intent to withdraw from the service center.

The SAD 27 Board of Directors expressed its intention to withdraw from Valley Unified in an Aug. 26 letter addressed to the other two school units — SAD 33 and Madawaska School Department.

SAD 27 (Fort Kent, St. John Plantation, St. Francis, Wallagrass and New Canada), along with SAD 33 (Frenchville and St. Agatha) and Madawaska School Department, entered into an interlocal agreement in 2018 to form Valley Unified with the aim of building a state-funded regional school to address declining enrollment and rising costs in education.

“This letter is to notify you that it is the desire of the Board of Directors of Maine School Administrative District No. 27 to immediately initiate steps to withdraw from the Valley Unified Education Service Center,” read the letter, which is signed by all seven SAD 27 board members.

Valley Unified Executive Director and superintendent of all three school units Ben Sirois shared the letter with SAD 33 and Madawaska board members on Monday. He also emailed a copy of the letter to Maine Department of Education Commissioner Pender Makin.

Valley Unified was poised to receive up to $100 million dollars in state funding for construction of the regional school building should the school consolidation process receive final approval from the DOE. 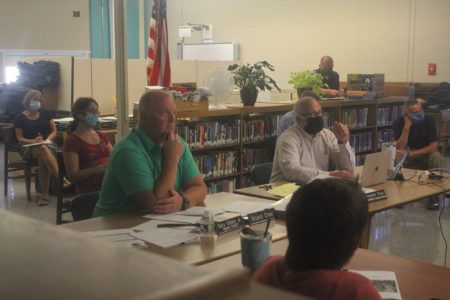 The SAD 27 board also raised concerns in the letter about the outcome of the Valley Unified school site selection straw poll.

A non-binding Feb. 13 straw poll saw a total of 1,708 residents in the three districts vote in favor of a Frenchville site for the new school. Voting in SAD 27 was tied at 419 yes and no votes. Fort Kent — the largest town in the district — voted against the project 350 no to 327 yes.

Before the straw poll, a group of Fort Kent residents filed a complaint in Aroostook County Superior Court in Caribou in January asking a judge to put a temporary stop to the school consolidation process.

The board also said in its letter that it has not seen any attempts by the other boards in Valley Unified to respond to SAD 27’s concerns.

“To the contrary, our concerns have been ignored, dismissed, and met with apparent contempt,” the letter read.

“In speaking with SAD 33 last night, I tried to get them to understand that your concerns are concerns that have been shared for a while, but they’re also concerns that you are hearing from your communities and to simply push forward is not going to end well for Valley Unified,” Sirois said.

Sirois also suggested to the SAD 33 and SAD 27 boards the prospect of Valley Unified board representation based on community representation by town rather than by school district.

“I think that the [SAD] 33 board understands your position that larger communities should have a larger percentage of the vote,” Sirois added.

SAD 27 board member Toby Jandreau, who represents Fort Kent residents, said he feels the letter speaks for itself.

“I don’t think they actually do understand,” Jandreau said of the SAD 33 board.

SAD 27 board member Barry Ouellette, who represents Fort Kent residents, also expressed concern about the intentions of the SAD 33 board.

“The thing is that we’ve actually been saying this for over three months,” Ouellette said, referring to the SAD 27 concerns. 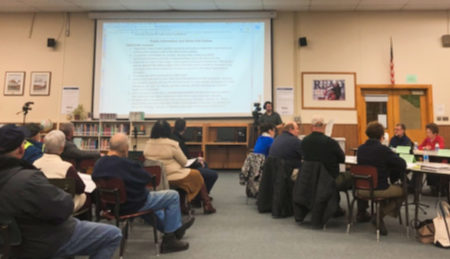 The Valley Unified Board of Directors deliberate during their Jan. 27 meeting in the Madawaska High School Library. (Morgan Mitchell)

Sirois told the SAD 27 board that much has changed in the last few months, especially with regard to the COVID-19 pandemic that has challenged education.

“I can attest that the conversation that [the SAD 33 board] had yesterday was a different tone and that they hear you and that they want to come to a resolution,” Sirois said.

SAD 27 board member Sarah Ashley, who represents Fort Kent, asked Sirois how the SAD 33 board felt about the site selection process regarding the regional school.

Sirois responded that maintaining the Frenchville site was important to the SAD 33 board.

He said the SAD 33 board directed him to reach out to their legal counsel to formulate a response to the SAD 27 letter that explains what is important to SAD 33 with regard to the VU project.

“The hope is we can potentially come to a resolution,” Sirois said.

SAD 27 board member Keith Jandreau, who represents the towns of St. Francis, St. John Plantation and some residents of Fort Kent, said he is open to working on a resolution to the issues, for the time being.

“Well, let’s see where the Valley Unified board takes this and if we can’t make any headway, we’re just going to have to go our own separate directions,” Jandreau said.

Clarence “Cur” Soucy, who represents Wallagrass and some residents of Fort Kent, said he would like to see the Valley Unified school project continue.

“The bottom line is, I’m not prepared to throw in the towel; I think that we have to have the meeting and let the process go through,” Soucy said. “I’m a strong advocate of the proportionate voting — there is no choice about it — but I’m still at the same time very interested in having the school.”

“It’s not about bricks and mortar,” Soucy added. “It’s about the quality education that [the new school] facility could offer.”

Sirois read Commissioner Makin’s email reply at both the SAD 33 and SAD 27 meetings:

“We recognize how much work you and the other SAUs put into this effort and we’re very sorry to hear that a governance structure could not be developed for the Valley Unified school construction project,” Sirois read.

Sirois said he responded to Makin in an email that he said reads in part, “Although this letter is troubling, I do believe it’s not the end. We’ll be working diligently over the next few weeks to try to work on a plan that will satisfy all parties.”

The 500-millibar upper-level trough associated with the cold front and low pressure that brought last evening's thunderstorms will slowly move over the Valley today and Thursday with a chance for scattered showers and an isolated thunderstorm or two across the Valley this afternoon.
Our Sponsors END_OF_DOCUMENT_TOKEN_TO_BE_REPLACED