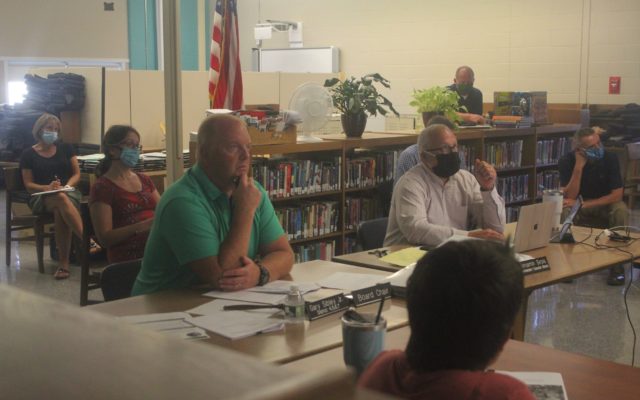 Jessica Potila, SJVT / FhF Staff Writer • August 11, 2020
A St. John Valley regional school project nearly three years in the making has hit a snag as one of the school districts involved has said it will stand firm against what it considers inequitable voting rights.

FORT KENT, Maine — A St. John Valley regional school project nearly three years in the making has hit a snag as one of the school districts involved has said it will stand firm against what it considers inequitable voting rights.

SAD 27, along with SAD 33 and Madawaska School Department, entered into an interlocal agreement in 2018 to form the Valley Unified Education Service Center. The alliance united the school districts with the aim of forming a regional high school in the St. John Valley to address declining enrollment and rising costs in education.

In 2019, the Valley Unified board voted to integrate grades seven and eight into the project.

The Department of Education authorized funding the Valley Unified effort up to $100 million for the new school building.

SAD 27 board members agreed at a Wednesday, Aug. 5, meeting to have the district’s attorney draft a letter to the Valley Unified Board indicating their dissatisfaction with the results after the SAD 27 board tried to address what they identify as inequities in how much their vote counts compared to how much of the budget it will pay in VU.

“We don’t currently have a vote proportionate to our contribution,” SAD 27 board member Toby Jandreau had said in November 2019. “Our vote is proportionate to a third, so if there’s a disagreement in Valley Unified, we could end up paying all of the bill. We don’t have a majority and that’s what we’re talking about and I think that’s part of the interlocal agreement that we need to look at further.”

The board members also expressed reluctance to continue participating in a think tank designed to identify the important elements for a governing body to direct the proposed regional school.

“It’s clear they have no intention of making any concessions,” Jandreau said at Wednesday’s meeting, regarding think tank partners representing Madawaska School Department and SAD 33. “The only way of moving forward is doing everything they want. I don’t see how this relationship is tenable at this point.”

“I believe that Toby is right on,” board member Barry Ouellette said. “I think that we’re wasting our time on the path that we’re on with the two other parties.”

SAD 27 board member Clarence “Cur” Soucy, a Madawaska educator who in the past has been a vocal supporter of the regional school, said at Wednesday’s meeting that there may be no hope for the project.

“I think we’re just spinning our wheels and unless we take a more affirmative position, a more assertive position, we’re wasting our time,” Soucy said.

The regional school project has been mired in controversy in recent months.

A group of Fort Kent residents in January filed a complaint in Aroostook County Superior Court in Caribou asking a judge to put a temporary stop to the school consolidation process.

The Fort Kent Town Council in February requested information from Department of Education Commissioner Pender Makin on what the town would have to do to withdraw from SAD 27. The council has not taken formal action regarding the issue.

Valley Unified is not alone in controversy on establishing a new regional school.

The Maine Department of Education also approved for possible funding a new regional school building in the Houlton area.

The RSU 50 school board unanimously voted Feb. 10 to withdraw from the plan. This move came just a few short weeks after the Maine Department of Education re-approved the consolidation project following the departure of SAD 14 East Grand of Danforth.

The status of that project remains undetermined.