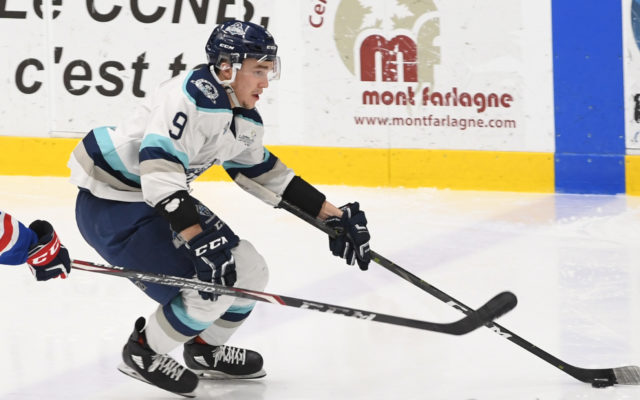 The 21-year-old forward, from Boisbriand, Québec, collected 39 goals and 34 assists in 48 games with the Blizzard during the 2019-2020 regular season. His goals total was third best in the Maritime Hockey League.

“I’m enrolled in the sports management program,” said Collin. “My expectations are that everything will be fine for the first year, despite the pandemic.”

Bowling Green State University had 19,905 students as of the fall 2019 academic year. The university is located in the city of the same name, which has a population of approximately 31,000.

Asked to comment on an aspect of the past season, Collin recalled the role of the crowd at the Jean-Daigle Centre. “I could say for Edmundston it has been one of my best years in hockey. The number of fans at the games was very impressive. A memorable year,” he said.

The Bowling Green Falcons play in a 5,000-seat amphitheater. More than 2,000 fans attend every local game. The 2020-2021 Falcons season will include 36 games and the first one is scheduled for October 9.

“Chrys is a rare player whose game includes a very high skill level, a very competitive edge and he plays with a chip on his shoulder. I believe Bowling Green got a great player. We are proud of Chrys and wishing him every success as he pursues his hockey and education,” said Blizzard Head Coach Emery Olauson.

Post-tropical cyclone Teddy is expected to cross Nova Scotia today and skirt the western shores of Newfoundland. Maine will experience little moisture from the storm.
Our Sponsors END_OF_DOCUMENT_TOKEN_TO_BE_REPLACED