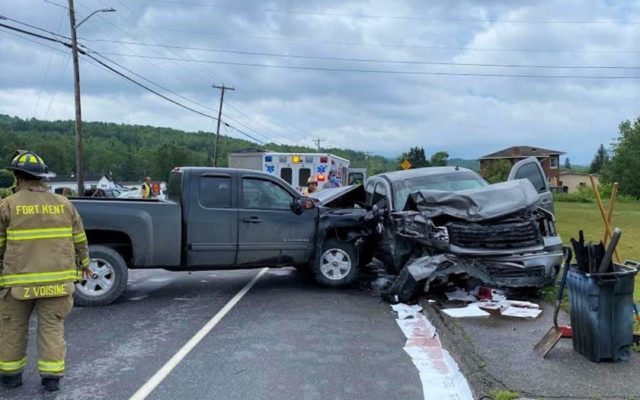 Officer Trevor Bellefleur of the Fort Kent Police Department responded to the Market Street crash, which occurred shortly after 6:30 a.m.

Austin Brann, 23, of Fort Kent was driving south in a 2013 Chevrolet on Market Street as Cameron St. Germain, 19, also of Fort Kent, was operating a northbound 2012 GMC.

The vehicles collided head on in the southbound lane of Market Street, although Brann and St. Germain gave conflicting accounts as to how the accident occurred. Both drivers claimed they were trying to avoid one another as each veered out of their own lanes, according to Fort Kent Police Chief Tom Pelletier.

Brann and St. Germain received minor injuries as a result of the crash. No charges were filed in the case, according to police.