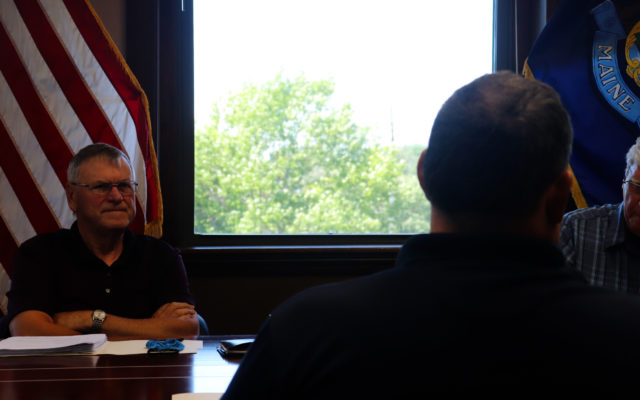 Alexander MacDougall • July 16, 2020
At the Aroostook County Commissioners’ meeting held Wednesday in Houlton,  the quarterly financial summary regarding Aroostook County’s three funds (general, jail and unorganized territory) were reviewed by the board.

HOULTON, Maine — At the Aroostook County Commissioners’ meeting held Wednesday in Houlton,  the quarterly financial summary regarding Aroostook County’s three funds (general, jail and unorganized territory) were reviewed by the board.

For the General Fund, revenue was trending at 33 percent, which was below the stated target percentage of 50 percent. Dana L. Gendreau, the newly appointed finance director for the County, said that if outstanding revenue from departments such as District Attorney, Registry of Deeds and Probate were applied, it would bring revenue trend to 42 percent, closer in line with the revenue goals.

“We shall see an increase in the county tax payment submission from local municipalities in the next few months,” Gendreau said. “Receiving those monies in turn will change that revenue percentage.”

Regarding the Jail Fund, Gendreau stated the jail was expected to see a net gain of $24,260 for the end of the fiscal year. She also stated that a vacation fund for jail employees, estimating around $10,000, needed to be funded.

Shawn Gillen, the Aroostook County Sheriff, took the opportunity to praise the workers at the county jail for how they have managed to handle everything so far this year in spite of the COVID-19 pandemic.

“Employees at the jail have been just absolutely fabulous,” he said. “Nobody is calling out sick, nobody is taking vacation time. They’ve all come to work every single day. Just very proud right now.”

For the Unorganized Territory Fund, the summary stated that ambulance services showed larger expenses due to higher than anticipated contract renewals, but for the end of the fiscal year expenses were still under the approved budget by 2.9 percent.

Other items that were discussed at the commissioners meeting was the bid for acquisition for a new 2020 Chevy Tahoe for the Sheriff’s Department from Kentucky, as well as approval of the promotion of Joseph Basso and hiring of Lindsey Drew at the Corrections Department.