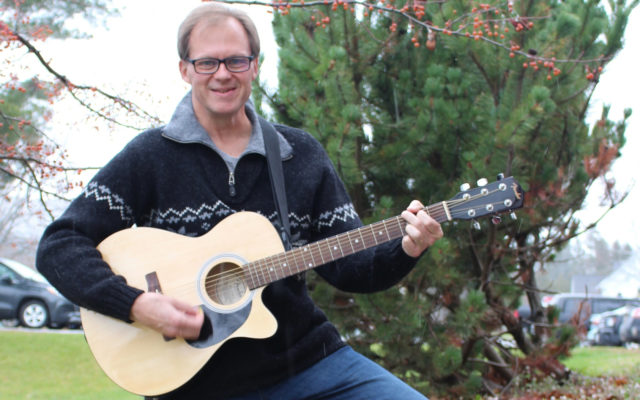 Contributed • July 10, 2020
University of Maine at Fort Kent professor of music and education Dr. Scott Brickman has marked performances and premiers of his music this semester, both before and since the spread of the COVID-19.

FORT KENT, Maine –University of Maine at Fort Kent professor of music and education Dr. Scott Brickman has marked performances and premiers of his music this semester, both before and since the spread of the COVID-19.

His recent composition “Girls Dancing in a Meadow” (2019), a composition for solo piano, was written for pianist Deborah Nemko and inspired by a drawing of Anita Spitzova (1933-1944), who was a pupil of Freidl Dicker-Brandeis in the concentration camp at Theresienstadt.

Spitzova’s pastel drawing shows six young girls holding hands and dancing on grass. It is a shape study in triangles and rectangles. Nemko, Professor of Piano at Bridgewater University in Massachusetts, was able to premiere and perform this piece twice, first at The Federated Church of Hyannis, and following with an additional performance at Brooklyn College before world events intervened with future planned performances. Brickman was not able to attend either of these events.

“The music comprises a variety of techniques, including reminiscences of Eastern European and Jewish folk music. The variety of material is analogous to the wonderful and vast scope of the imaginative world of children,” Brickman said.

“That world is one which I hope Anita Spitzova had the opportunity to experience, which she perhaps envisioned the girls in her drawing being in, and one which I am trying to (re)capture in my composition,” he said.

On April 3, the Tower Duo, Michael Rene Torres (saxophone), and Erin Helgeson Torres (flute) gave a Zoom performance of Brickman’s “Epic Suite” (2012), which they premiered in 2013 and recorded on their CD “Crosswinds.”

This performance by the Tower Duo was broadcast on “Compose yourself with Classical Music,” a program of classical music on WOSU of Central Ohio.

Brickman is encouraged that through collaborations with the national and international community of musicians, he will imminently have additional broadcasts of new works during the restrictions of the pandemic.

“Through conversations I’ve had with family and friends, I have noted that the arts seem to be what is getting everyone through this difficult time,” Brickman said. “The change to summer has certainly helped, but the myriad forms of artistic expression are what helped many of us find distraction in a loud world. I am thrilled that my artistic expression is utilized by so many people.”

Brickman holds music degrees from the University of Wisconsin and Brandeis University. He has taught at UMFK since the fall of 1997.

Professional recordings of his music are available on iTunes, Amazon, Spotify and other digital platforms, and through hard copies primarily but not exclusively on the Parma and Phasma labels.