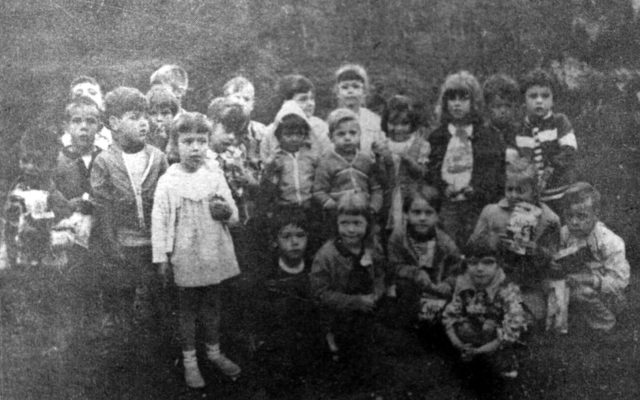 Contributed • July 1, 2020
50 Years Ago -- July 2, 1970     Grand Isle youth volunteer to help -- Fourteen Grand Isle youth came up with an idea recently that gives them the distinction of a first in the state of Maine.

Members of the Grand Isle Chapter of Rural Youth Corps decided to volunteer as workers on the monthly distribution of surplus foods in Grand Isle. One spokesman for the group contacted town manager Albert Cyr to ask what the youth could do in appreciation of adult support of their youth center. It was decided that helping with the surplus food program was one feasible activity and the students proved their mettle when they took on the job for the first time.

50 Scouts go to camp — The largest contingent of 50 Boy Scouts ever left Van Buren for Camp Roosevelt. The boys are all members of Troop 196, and left for their week of camping last Sunday, along with their leaders, Emilien Lausier, Reed Beaulieu and Donald Cormier.

The sun smiled on the 18th Acadian Festival — An enthusiastic and patient crowd of Acadian Festival celebrants gathered on the shores of the St. John River in St. David late Wednesday afternoon to welcome “settlers” who arrived in five canoes. Though the landing was postponed for almost two hours, the crowd stayed at the site to witness the event. The canoes represent the first Acadian pioneers to settle in the St. John Valley nearly 200 years ago.

Wham-bam — A 7,000-pound weight drives a piling vertically from 30 to 60 feet into the ground at the Fraser cogeneration plant construction site in Edmundston, N.B. Two cranes drive approximately 20 pilings into the ground per day. The 475 pilings will serve as a foundation for the plant’s foundation.

Madawaska Marching Band earned its name — Most recently seen at Madawaska’s Acadian Festival, The Pride of Madawaska Marching Band has been a part of Madawaska for more than 50 years. Led by band director and music teacher Martha Michaud for the past eight years, the marching band has been entertaining the public near and far since approximately 1954. The band was originally formed under director Ed Murphy, according to Donald Garon, vice president at MMHS.

Joey Ouellette was the only one of three candidates for Fort Kent Town Council who participated in a public Candidate’s Forum held Monday, March 16.
Apex Weather END_OF_DOCUMENT_TOKEN_TO_BE_REPLACED

Rain will taper to showers this morning with most of the activity concentrated in the eastern portion of the Valley.
Our Sponsors END_OF_DOCUMENT_TOKEN_TO_BE_REPLACED