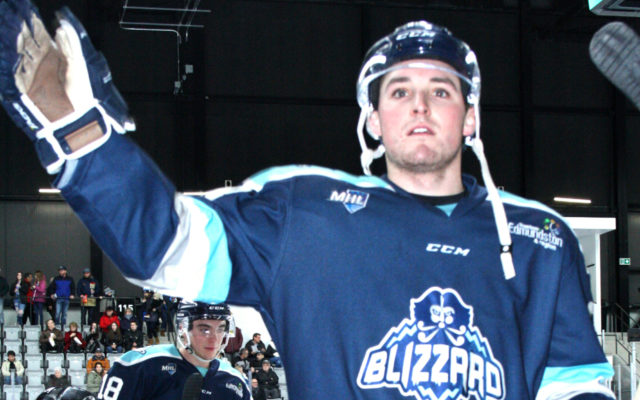 Contributed • June 2, 2020
The Edmundston Blizzard traded forward Chad Wilson and a conditional second-round pick in the 2021 midget draft to the Valley Wildcats.

EDMUNDSTON, New Brunswick — The Edmundston Blizzard traded forward Chad Wilson and a conditional second-round pick in the 2021 midget draft to the Valley Wildcats in return for second- and seventh-round picks in the June 2020 draft.

A 20-year-old player, Chad Wilson is from Lower Sackville, Nova Scotia, an hour drive from Berwick where the Wildcats play.

Wilson has just completed his second campaign in the Maritime Junior A League, and it was, by far, his best. He took part in the Blizzard’s 52 games, recording 12 goals and 20 assists for 32 points. The previous season, in Pictou Couty, he had 2 goals and 6 assists in 44 games.

The Blizzard acquired Wilson and Isaac Chapman on June 15, 2019, in a major transaction that sent Maxime Grandmaison and Samuel LeBlanc to the Pictou County Weeks Crushers.

“We wish Chad all the best in his next season. He’s a player who has shown intensity in each of our games. He displayed consistency throughout the season, “said Blizzard president André Lebel.

High pressure over western Québec will build into the Valley today and center over the region tonight. The ridge will move east of the region tomorrow with a low pressure area approaching from the west with a cold front.
Our Sponsors END_OF_DOCUMENT_TOKEN_TO_BE_REPLACED