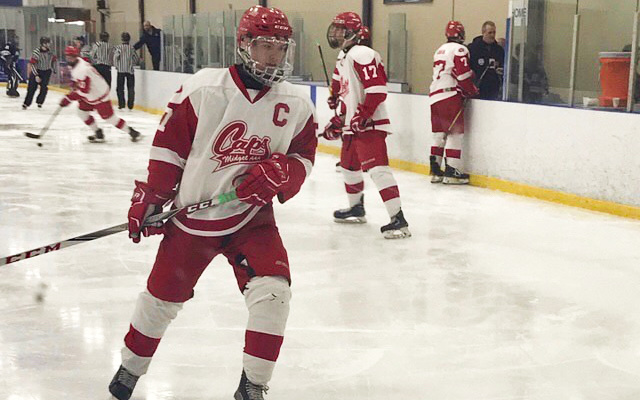 Blizzard sends Lush to the Red Wings and obtains Breau

EDMUNDSTON, New Brunswick — The Edmundston Blizzard made two deals last week, including sending defenseman Justin Lush to the Fredericton Red Wings for a 3rd round pick in the June 2020 midget draft of the Maritime Junior A Hockey League.

Justin Lush completed his third campaign in the Blizzard uniform in 2019-20. At the conclusion of the past season, he became the team’s veteran. Only Chase Carter remains from the 2017-18 first team’s dream campaign which won the league’s playoffs.

Lush, who turns 20 in July, has played 137 games in three seasons with the Blizzard, collecting 3 goals and 33 assists for 36 points. He added 2 assists in 22 playoff games.

“Justin has done great for our team and has been a key part of our defensive team. He was not the one who piled up points, but he made his presence felt on the defensive side with consisted play and toughness. We wish him the best of luck with Fredericton where he can end his junior career close to his family,” said Blizzard President André Lebel.

As for Dawson Breau, the Blizzard feels he can play a key role at the blue line next season. He will turn 18 in July.

Breau, who is 5,9’’ and 157 pounds, is known for his scoring skills. In 38 games last season with the Fredericton Caps, he tallied 12 goals and 17 assists for 29 points, the most for any defensemen in the NBPEI Major Midget Hockey League. His contribution offensively earned him a spot on the second all-star NBPEIMMHL. Breau acted as captain during Caps’ home games last season. He played two games with the Lumberjacks in 2019-20.

High pressure over western Québec will build into the Valley today and center over the region tonight. The ridge will move east of the region tomorrow with a low pressure area approaching from the west with a cold front.
Our Sponsors END_OF_DOCUMENT_TOKEN_TO_BE_REPLACED