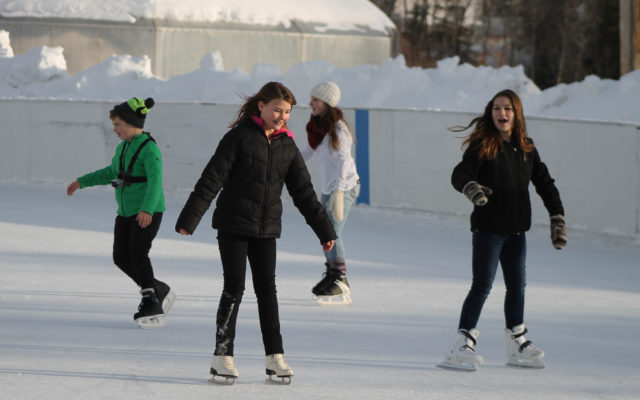 FORT KENT, Maine — A Fort Kent Community High School student is recommending some major changes regarding the town ice rink that could save taxpayers money while also saving the ice rink from closure.

Paradis suggested the town rebuild the skating rink next to the Lonesome Pine Trails ski tow. It is currently located at Jalbert Park near the elementary school.

Paradis pointed out that Lonesome Pine Trails is a family-friendly location that already maintains a lodge, rental shop and indoor concessions area.

“It will help to get our community more involved in skating — this activity that it is kind of in a landslide right now,” Paradis said.

The town would help out with costs to build the new rink, but after a period of two to three years would no longer be responsible for costs associated with its operation. Lonesome Pine would own and be responsible for operating the rink, under Paradis’ proposal.

Paradis pointed out that the skating rink continues to draw fewer visitors as each year goes by. In 2013, the rink saw 1,086 skating visits, and by 2020, only 119, according to information Paradis obtained from the town office.

He said that by relocating the rink to an area such as Lonesome Pine, which already has a substantial number of visitors, it could increase the number of people who spend time ice skating.

The town currently spends an annual budget of $23,105.87 on the skating rink, including heating and other utility costs to maintain the rental shop building, labor and expenses to replace boards on the rink each year, Paradis said.

The Lonesome Pine Trails board has expressed interest in taking over the ice rink if the town agrees to use that budgeted money for the next two to three years to pay for the cost to build the new rink. Lonesome Pine also wants the town to transfer ice-making equipment and other supplies to the ski tow.

The project would require the cooperation of the University of Maine at Fort Kent, which owns land near the ski tow on which the rink would be built. Paradis said that UMFK has expressed interest in deeding over a portion of land near the kiddie tow at Lonesome Pine, in exchange for a free night of skating for UMFK students each week.

But nothing has been put in writing and UMFK officials and the Lonesome Pine board are still discussing the land use issue.

“I’m all for this and have been. We need to find a way to make it happen because we’re gonna lose the skating rink,” Councilor Jake Robichaud said.

“What we’re doing now doesn’t work,” said Chairman Dr. John Bouchard said. “Either we stop doing it or we do it differently.”

Councilor Carroll Theriault expressed enthusiasm that more youngsters may choose to take up the physical activity of ice skating if the rink is relocated to Lonesome Pine.

“They may come up with some programs that will encourage more youth to take advantage of it,” Theriault said.

Robichaud said Lonesome Pine is the ideal location for a skating rink.

Paradis will attend Husson University in the fall to study business management.
His parents are Denis and Suzie Paradis of Fort Kent. Doug Cyr and Mike Voisine were Paradis’ mentors for the senior project.

A cold/occluded front will approach from the Great Lakes today with showers likely this afternoon along with a chance for thunderstorms.
Campaign Corner END_OF_DOCUMENT_TOKEN_TO_BE_REPLACED

Dale Crafts filed his nomination papers for Feb. 21 with the Secretary of State to officially be placed on the primary ballot on June 9, 2020, for the U.S. House of Representatives 2nd District race.
Our Sponsors END_OF_DOCUMENT_TOKEN_TO_BE_REPLACED