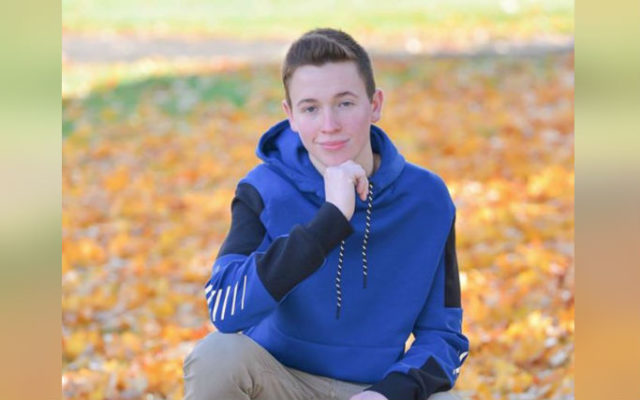 Jessica Potila, SJVT / FhF Staff Writer • May 14, 2020
A Fort Kent Community High School student is proposing a composting facility in the town, which he said could save taxpayers money while improving the environment.

FORT KENT, Maine — A Fort Kent Community High School student is proposing a composting facility in the town, which he said could save taxpayers money while improving the environment.

Nadeau’s project centers on a community composting program, which would include a local composting facility constructed with old logging tires.

The town pays nearly $350,000 annually to Valley Recycling Facility in Frenchville for trash disposal and roughly 30 percent of this waste is compostable, according to records Nadeau said he obtained from the Fort Kent Town Office.

Nadeau suggested the town collect organic waste from its five largest contributors of compostable waste — Fort Kent Community High School, the University of Maine at Fort Kent, Crosswinds Residential Care, Forest Hill Manor and Northern Maine Medical Center– which could save the town approximately $25,000 a year if that waste is composted.

“With landfilling fees upwards of $100 a ton, it will not take long to reduce the cost of managing our town’s waste,” Nadeau said.

Fuel expenses for rotating the compost piles and collecting the organic material will be the only permanent expense of the project, Nadeau said.

“It will not take many tons of composting to outweigh those expenses,” he said.

Nadeau said the use of old tires is a “win-win situation,” as the defunct tires can be taken out of the waste stream and repurposed, while also providing for the walls of the structure.

Nadeau proposed a three-bay structure to allow for the separation of compost piles according to their readiness. Each bay would have three walls to allow payloader access to periodically rotate the piles.

“This little effort to compost will prevent organic waste from sitting in a landfill only to rot and harm our environment through methane emissions,” he said. “It will also feed the soil of our community, giving back to the Earth rather than harming it.”

Nadeau explained that Mark King, an environmental specialist with the Maine Department of Environmental Protection, was supposed to meet with Nadeau to finalize details including potential sites for the facility, but the meeting was delayed when COVID-19 restrictions prevented King from traveling to the area.

Council Chairman Dr. John Bouchard suggested that an area near the town garage would be a potentially convenient location for a composting facility.

Recycling reform in the town is “something I wanted to see happen a long, long time ago, so thank you,” Ouellette said.

Nadeau will attend the University of Maine at Orono in the fall to study mechanical engineering.