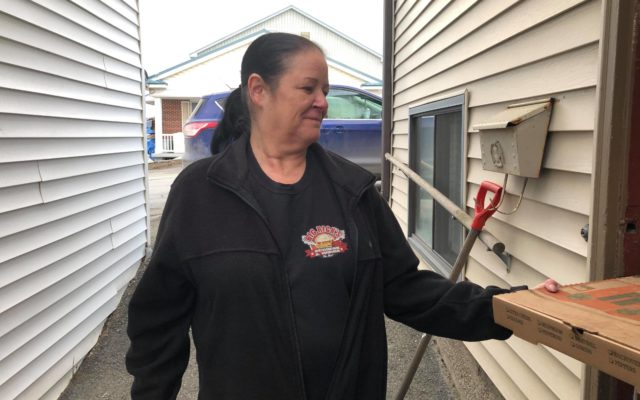 Restaurant gives out more than 340 pizzas funded by donations

Morgan Mitchell • April 7, 2020
Big Rick’s Burgers and Wings has delivered more than 340 free pizzas to Madawaska-area residents thanks to donations from people across the state.

MADAWASKA, Maine — Big Rick’s Burgers and Wings has delivered more than 340 free pizzas to Madawaska-area residents thanks to donations from people across the state.

Small businesses all over Maine deemed non-essential under Gov. Janet Mills’ guidelines for limiting the spread of the coronavirus that causes COVID-19 have been hit hard with forced closures and limited public access. Restaurants that can no longer allow sit-down meals in their establishments feel the pinch in particular — leaving their employees without paychecks and families without food.

“After the governor issued the first waves of shutdowns due to coronavirus and forced all sit-down operations in restaurants to close, we became very worried as to how we were going to keep all of our employees,” Ricky Nadeau, Big Rick’s Burgers and Wings owner, said.

Nadeau closed his dining room in compliance with Mills’ order, but kept his business going with delivery and take-out orders.

“I was sitting in my truck in between deliveries and my Facebook messenger rang,” Nadeau said. “I looked down at the message and it was from a college friend.” 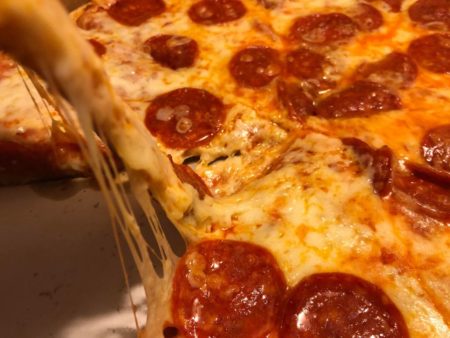 It had been more than 10 years since Tom Trainor of the Portland area and Nadeau had spoken with each other, and here was Trainor — messaging him on Facebook.

“Hey Ricky, it’s been several years since we’ve seen each other,” the message read. “I follow all of the good that you do for the community of Madawaska and I see you and your staff are now in need of a little assistance.”

Trainor set it up so he could donate $100 over the phone to the restaurant to help keep the staff busy and help a family in the community.

“I can imagine there is a family up there that would love a good meal,” Trainor wrote. “I know it’s not much but it’s something.”

“It took me a few hours to process such generosity, but once I wrapped my head around what he was willing to do, I responded,” Nadeau said.

Nadeau thanked his college friend and made a post on Facebook about his generosity. He decided to stretch the money as far as it would go and produce large one-topping pizzas — 10 to be exact — with the money that Trainor donated and put them up for grabs for whoever would come forward and ask for a pizza.

“I decided to help the most people possible. I would sell my $15 pizzas for only $10, so we could help 10 families,” Nadeau said. “The pizzas were claimed within a few hours and I went to bed content on the help we were able to provide.”

When Nadeau awoke, he had a message from his step brother who was donating another 10 pizzas. As he arrived at work, he received another call from someone else who wanted to also donate the cost of 10 pizzas.

Nadeau used the restaurant’s social media presence to spread the word about what his business was doing and more donations started rolling in.

“We have also received donations specific to be given to health care professionals, local essential businesses, truckers, law enforcement first responders …” Nadeau said. “We have delivered daily to the surrounding communities from Van Buren to Fort Kent to families also in need.”

“We are hoping to continue this program for as long as we are fighting this pandemic or the money runs out,” Nadeau said.