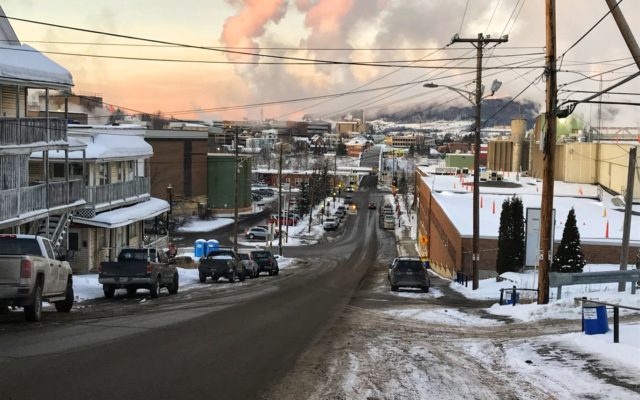 MADAWASKA, Maine — The Maine Department of Transportation held an open house Thursday night, March 12, at the Madawaska Middle High School for members of the community to ask questions and obtain more information about the international bridge project.

Officials with the Maine and New Brunswick transportation agencies, engineering consultants and other representatives from U.S. and Canadian agencies unveiled plans in January 2019 to build the new bridge extending from the existing span’s location in Edmundston and ending about 1,300 feet up the St. John River from the existing port of entry in Madawaska.

The current bridge was built in 1920 and is about 25 years beyond its anticipated lifespan. After engineers expressed concerns about the bridge’s structural integrity in October 2017, officials restricted the bridge’s weight limit to five tons, severely limiting heavy commercial traffic.

The open house did not have a formal presentation or even a question and answer session. Rather, officials with the Maine Department of Transportation walked around the cafeteria where community members viewed poster board illustrations of the bridge from different points in the process as well as different views.

DOT official Andy Lathe said that the typical lifespan of a bridge is 75 years, but this year marks the 100th birthday for the international bridge.

Lathe also said that it would take about three years to construct the bridge primarily due to the extensive work that takes place in the water and building temporary structures for the movement of a utilities pipeline to a bridge owned by Twin Rivers up the St. John River.

There will be four 10-foot piers in the water with one land pier near the rail line. Constructing those piers is going to take a while because they need to build a trestle that can only be constructed outside of the warmer months when the river’s current can’t sweep the platforms away.

The two lanes will be 12-foot lanes each with a six-foot shoulder. While the primary reason for the six-foot shoulder is for snow removal, Lathe said there may be “future opportunities if there are trails that ever connect to the bridge.”

“It’s a wider shoulder than we would normally put on a bridge,” Lathe said. “We normally put a five-foot shoulder, but we recognize that there may be future interests in multi-use on the bridge.”

There will also be a six-foot raised sidewalk on one side of the bridge for pedestrian access.

Lathe said the project was entering into the final design phase and expects to be around 99 percent done with the phase by the end of October. At that point, the project will go out to bid.

The project construction is estimated to begin in early 2021.

Maine is more than eight months into Medicaid expansion under the federal Affordable Care Act and trends around who is enrolling and where they live are starting to emerge, bucking some expectations and pointing out access challenges.
Apex Weather END_OF_DOCUMENT_TOKEN_TO_BE_REPLACED

The North Atlantic high will break down at the end of the week allowing high pressure from the west to build in with drier conditions.
Campaign Corner END_OF_DOCUMENT_TOKEN_TO_BE_REPLACED

Dale Crafts filed his nomination papers for Feb. 21 with the Secretary of State to officially be placed on the primary ballot on June 9, 2020, for the U.S. House of Representatives 2nd District race.
Our Sponsors END_OF_DOCUMENT_TOKEN_TO_BE_REPLACED