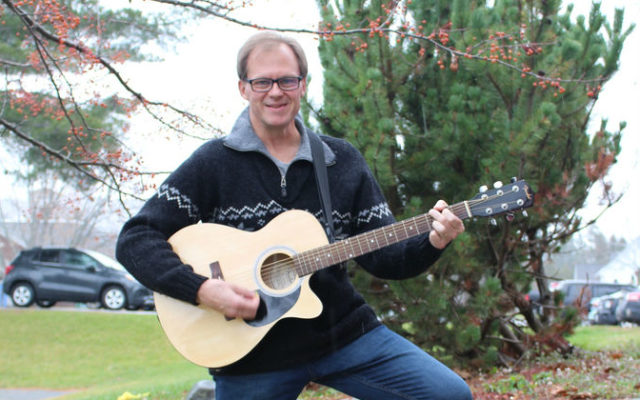 Contributed • February 18, 2020
University of Maine at Fort Kent professor of music and education, Dr. Scott Brickman, has had a variety of professional activities materialize this year.

FORT KENT, Maine — University of Maine at Fort Kent professor of music and education, Dr. Scott Brickman, has had a variety of professional activities materialize this year.

His composition “Capriccio” (2019) for flute and piano was chosen as a finalist in the 2020 Kwidzyn Classical Music Award. Along with other composer finalists from Australia, Germany, Greece, Ireland, Japan and Poland, Brickman’s work will be premiered on April 24, 2020 in Kwidzyn, Poland, by flautist Iwona Glinka and pianist Vicky Stylianou, as part of the fourth Kwidzyn Spring International Music Festival.

On Feb. 11, Russia’s Intertext Ensemble performed Brickman’s “Epic Suite” (2012) for flute and alto saxophone at the Yeltsin Center in Yekaterinburg, Russia. “Epic Suite” is recorded by the Tower Duo on its Crosswind CD, which was released in January 2019.

On Feb. 14, Brickman’s Symphony #4, “Restoration” (2018), was released by Parma Recordings on its Navona label (NV 6271). This work is on the CD Prisma volume 3, which contains orchestra works recorded by the Janacek Philharmonic Orchestra conducted by Jiri Petrdlik. This release will also be available on iTunes, Amazon, Spotify and other digital platforms.

Lastly, Brickman’s “Duo” (2019) for accordion and flute was selected by Duo Artina as a result of its call for scores. It will be premiered by that ensemble during its 2020/21 concert series in Croatia and the score published by Trubcher Publishing.

Dr. Brickman, though appreciative of all of his performances, is especially pleased to be disseminating his work more widely in Europe as planned. Dr. Brickman holds music degrees from the University of Wisconsin and Brandeis University. Dr. Brickman has taught at UMFK since the fall of 1997.

Maine is more than eight months into Medicaid expansion under the federal Affordable Care Act and trends around who is enrolling and where they live are starting to emerge, bucking some expectations and pointing out access challenges.
Apex Weather END_OF_DOCUMENT_TOKEN_TO_BE_REPLACED

The North Atlantic high will break down at the end of the week allowing high pressure from the west to build in with drier conditions.
Campaign Corner END_OF_DOCUMENT_TOKEN_TO_BE_REPLACED

Dale Crafts filed his nomination papers for Feb. 21 with the Secretary of State to officially be placed on the primary ballot on June 9, 2020, for the U.S. House of Representatives 2nd District race.
Our Sponsors END_OF_DOCUMENT_TOKEN_TO_BE_REPLACED