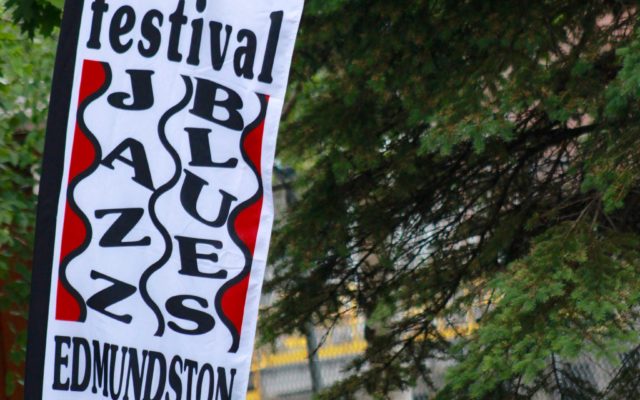 Contributed • February 12, 2020
In order to grant the public free access to the Edmundston Jazz, Blues & Ribs Festival for the second year in a row, the organizing committee has launched a crowdfunding campaign on the web platform GoFundMe.

EDMUNDSTON, New Brunswick — In order to grant the public free access to the Edmundston Jazz, Blues & Ribs Festival for the second year in a row, the organizing committee has launched a crowdfunding campaign on the web platform GoFundMe.

For 25 years the Edmundston Jazz & Blues Festival has been a staple of the music scene in the Madawaska region by offering quality musical programming in a festive family atmosphere.

Last year’s edition of the festival brought many changes. Firstly, the festival returned to its roots, by moving the festival back to the place where it all began, the City Hall Square. Secondly, the 25th edition introduced the RibFest, which gave the festival goers a chance to taste a variety of ribs, chicken dishes and other grilled delicacies. Lastly, in order to give everyone a chance to attend the festival, the public was granted free access.

The efforts finally paid off, and even though the weather conditions were less than ideal, the reactions from the public were simply incredible. The numbers of attendees rose to 8,500, a 700 percent increase from previous years. The positive feedback surrounding the event was almost unanimous, newspapers and social media were flooded with great comments and remarks.

Edmundston’s Jazz, Blues and Ribs Festival organizing committee intends to follow the wave and bring even more changes to this year’s edition, by setting out to be the biggest free festival in northwest New Brunswick.

During the last edition, many festival goers asked if they could donate to the festival. The committee thought that it would be an excellent idea to have a festival partially funded by the community. For all those reasons, to keep the festival free, the organizing committee has launched a crowdfunding campaign on the web platform GoFundMe. The link can be found on the Facebook page, Festival Jazz et Blues d’Edmundston.

Only one member of Maine’s congressional delegation had come out in favor of impeaching President Donald Trump ahead of House Speaker Nancy Pelosi’s Tuesday announcement that the Democratic-led House of Representatives would begin an impeachment inquiry.
Apex Weather END_OF_DOCUMENT_TOKEN_TO_BE_REPLACED

A strong upper-ridge anchored off the Southeastern US coast will bring warmer and more humid than normal conditions to the Valley through the late week period.
Campaign Corner END_OF_DOCUMENT_TOKEN_TO_BE_REPLACED

Dale Crafts filed his nomination papers for Feb. 21 with the Secretary of State to officially be placed on the primary ballot on June 9, 2020, for the U.S. House of Representatives 2nd District race.
Our Sponsors END_OF_DOCUMENT_TOKEN_TO_BE_REPLACED