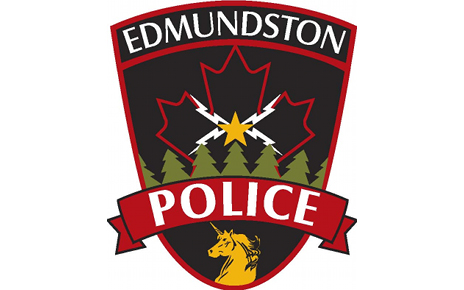 Contributed • February 4, 2020
Following an investigation into a robbery that occurred at a Victoria Street gas station on Nov. 12, 2019, officers of the Edmundston Police Force arrested an Edmundston man on Jan. 31.

EDMUNDSTON, New Brunswick — Following an investigation into a robbery that occurred at a Victoria Street gas station on Nov. 12, 2019, officers of the Edmundston Police Force arrested an Edmundston man on Jan. 31.

According to Inspector Steve Robinson of the Edmunston Police Force, Marc-André Hébert, 29, appeared in Edmundston Provincial Court on Monday to face charges of robbery and breach of probation.

Robinson said Hébert was also charged with carelessly transporting ammunition and possession of methamphetamine following a search of his car in August 2019.

A bail hearing has been set for Tuesday, Feb. 11, at 2 p.m. in Edmundston Provincial Court. Hébert remains incarcerated until his next court appearance.

As the Maine Turnpike expects 1 million travelers alone over the Labor Day weekend, policymakers are gearing up for a sprint to solve one of the state’s most intractable problems: a long-standing — and growing — transportation funding gap.
Apex Weather END_OF_DOCUMENT_TOKEN_TO_BE_REPLACED

A cold front moved through the Valley early this morning, and it will be followed by an Arctic cold front this afternoon.
Campaign Corner END_OF_DOCUMENT_TOKEN_TO_BE_REPLACED

U.S. Senator Angus King (I-Maine) today visited with students at the University of Maine at Fort Kent (UMFK) to discuss his work in Maine and Washington and answer questions from students.
Our Sponsors END_OF_DOCUMENT_TOKEN_TO_BE_REPLACED