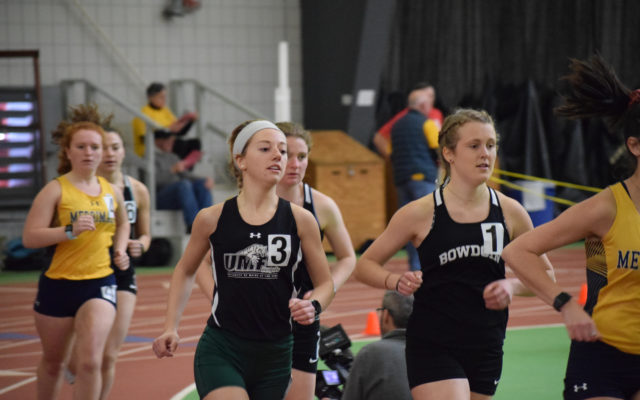 Last week a busy one for UMFK athletes

Contributed • January 27, 2020
One will be hard pressed to find an athletic program that celebrates diversity and demonstrates the dream that Dr. Martin Luther King Jr. once had more than the University of Maine at Fort Kent.

One will be hard pressed to find an athletic program that celebrates diversity and demonstrates the dream that Dr. Martin Luther King Jr. once had more than the University of Maine at Fort Kent.

Four different UMFK teams competed last week and proved that no matter who you are or where you came from, you can compete at a high level and represent UMFK to the fullest.

UMFK’s head women’s basketball coach Fletcher Brown said last week’s athletic endeavors were highlighted by the men’s basketball victory over Maine Maritime Academy on Monday evening, Jan 20. Bryce Gilbert, a sophomore, exploded for 28 points on 13-18 from the floor to lead the Bengals to an 83-71 win. This was the end of a long stretch of games for the men’s basketball team, including a close 72-70 loss to Penn State Beaver, an 80-65 loss to the Pratt Institute but a solid win over Penn State Hazleton, 79-76 in overtime. The win over Penn State Hazleton was powered behind Jacob Powell’s 14 points, including four three-pointers all in the second half.

The Women’s basketball team joined the men’s team on the long road trip through Pennsylvania and New York, and despite being up as many as 14 points in the second half to a top-ranked Penn State Beaver team, the Bengals got worn down at the end and finished with a loss. However, they responded well on short rest to defeat Penn State Hazleton behind the incredible 35 points from Ranika “The Rocket” Guyton, the five three-pointers from Keri La and nine rebounds from Sophia Rodriquez off the bench.

The next night, the team traveled into Brooklyn, New York, and defeated the Pratt Institute 77-57. Savana Jankowski started the Bengals in the right direction connecting on her first three three-point shots. She finished with 27 points. Ivette Trujillo and Stephanie Cervantes both carried the team the rest of the way with double digit outputs in both the scoring and rebounding columns.

Maine is more than eight months into Medicaid expansion under the federal Affordable Care Act and trends around who is enrolling and where they live are starting to emerge, bucking some expectations and pointing out access challenges.
Apex Weather END_OF_DOCUMENT_TOKEN_TO_BE_REPLACED

The North Atlantic high will break down at the end of the week allowing high pressure from the west to build in with drier conditions.
Campaign Corner END_OF_DOCUMENT_TOKEN_TO_BE_REPLACED

Dale Crafts filed his nomination papers for Feb. 21 with the Secretary of State to officially be placed on the primary ballot on June 9, 2020, for the U.S. House of Representatives 2nd District race.
Our Sponsors END_OF_DOCUMENT_TOKEN_TO_BE_REPLACED