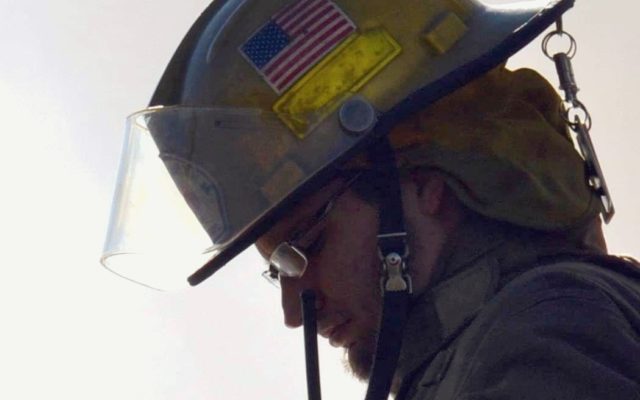 Morgan Mitchell • January 23, 2020
Volunteering through hard work and technology is nothing new to Jason Boucher of Madawaska, who has spent his life thus far volunteering and helping his community through his passion for technology.

MADAWASKA, Maine — Volunteering through hard work and technology is nothing new to Jason Boucher of Madawaska, who has spent his life thus far volunteering and helping his community through his passion for technology.

Boucher, 36, began volunteering and getting involved with his community at a young age. He went through Boy Scouts with Troop 190, but aged out before he could become an Eagle Scout. Before he turned away from scouting altogether, he became a scout leader, who went on to take his troop to Camp Roosevelt in Eddington for two seasons.

Troop 190’s numbers have since dwindled, but the troop is making a comeback and Boucher said he is ready to go back to volunteering with the scouts.

Boucher also is a volunteer firefighter at Madawaska Fire Department. He joined within days of his 18th birthday to mark the special occasion. He is the only firefighter left from his hiring class in March 2001.

“Jason is very knowledgeable,” said Pierrette Soucy, safety officer for the Madawaska Fire Department. “He knows his stuff, especially in hazmat. [He’s] great with computers and cameras. [He’s] not afraid of going up the ladder on the truck and on top of houses too. He’s been a firefighter for a long time.”

During that time, Boucher gave fire safety talks to pre-kindergarten and kindergarten classes, and held special trainings across The County as the hazmat director for the Aroostook County Regional Response Team.

Since 2005, Boucher has been timing high school ski races and even developed software that makes it possible for ski results available to officials within three minutes of the last skier crossing the finish line. In 2010, Boucher was a volunteer timer for the Super Tour, where some athletes attended to train for the Olympics, Boucher said.

During Foire Brayonne in 2007, a music and cultural festival during the summer Edmundston, New Brunswick, Boucher put together a special firefighter activity to see who was the best at their craft.

In 2011, Boucher, with a group of flying enthusiasts — including Paul Chasse, David Fernand Jr. and David Fernand Sr. — worked out a deal with the airport in Frenchville and opened up an Aero Club for students who loved flying and piloting, but might not otherwise have the opportunity to do so. One 16-year-old in the club at the time was able to get his license, and is now a commercial pilot who flies all over the country.

The club put on an air show every year where Boucher would bring his equipment to help set up All of the funds for flying and the shows were raised locally by the club and organizers until the club ended in 2015.

“He’s done a lot of volunteer work and seldom gets any thanks,” Chasse said. “He served in a few different capacities on the Aero Club and was instrumental in keeping events organized and on-time during our annual air shows.”

Boucher worked to get Madawaska on the map while he was a member of the Four Corners Park Association before the park itself was even established. Four Corners Park is located in Madawaska, and is one of the four corners of the United States. It was the first park built and dedicated to long distance motorcycling and is a checkpoint for one of Southern California’s Official Four Corners Tour as well as for the TRUE -X- TOUR, according to the Four Corners Park website.

The Madawaska Recreation Department held mini drive-ins where Boucher volunteered to use his equipment for the event in which kids made cardboard cars out of boxes and watch movies. He also has helped with the the department’s “Characters on Ice” where skaters have the opportunity to skate with some of their favorite characters like Snow White, Mario Brothers and Mickey Mouse. Boucher took care of the music and lights for the event.

He volunteered time to build software for the Maine Recreation and Parks Association baseball program Pitch, Hit and Run to get the right stats for each player so the athletes would be more evenly matched during competitions. The software also made scoring much quicker and more efficient.

Boucher is currently a systems analyst at Twin Rivers Paper in Madawaska. He also does jobs through his side business of shooting and editing video using an array of equipment and technology including drones. Boucher also worked with Madawaska High School’s WOWL, the Channel 16 access station put on by the students, to do a drone safety PSA.

More of his technologically savvy skills have been used by the town and St. John Valley Chamber of Commerce including a 3D tour of the Top O’Maine Trade Show and the lending of security cameras and WiFi during previous years’ trade shows.

Recently, Boucher has streamed live Valley Unified and Madawaska Board of Selectmen meetings on Facebook for those who cannot attend at the times or locations where the meetings are held. While every school has offered WiFi for the streams, Boucher has used his own cell phone data hotspot to stream other meetings. All of his live meeting streams are done on his own time using his own money and equipment.

Boucher said there were so many people who said they couldn’t make the meetings due to timing or location, so he figured he would help the community stay informed from the source.

“The only way to progress is to make sure that every person who wants to go can go,” Boucher said. “I am doing this to help inform the people.”

Boucher’s streams can be found on his Facebook page as well as a link to help support his efforts to bring meeting access to all who desire to be informed through local meetings.

As the Maine Turnpike expects 1 million travelers alone over the Labor Day weekend, policymakers are gearing up for a sprint to solve one of the state’s most intractable problems: a long-standing — and growing — transportation funding gap.
Apex Weather END_OF_DOCUMENT_TOKEN_TO_BE_REPLACED

A cold front moved through the Valley early this morning, and it will be followed by an Arctic cold front this afternoon.
Campaign Corner END_OF_DOCUMENT_TOKEN_TO_BE_REPLACED

U.S. Senator Angus King (I-Maine) today visited with students at the University of Maine at Fort Kent (UMFK) to discuss his work in Maine and Washington and answer questions from students.
Our Sponsors END_OF_DOCUMENT_TOKEN_TO_BE_REPLACED