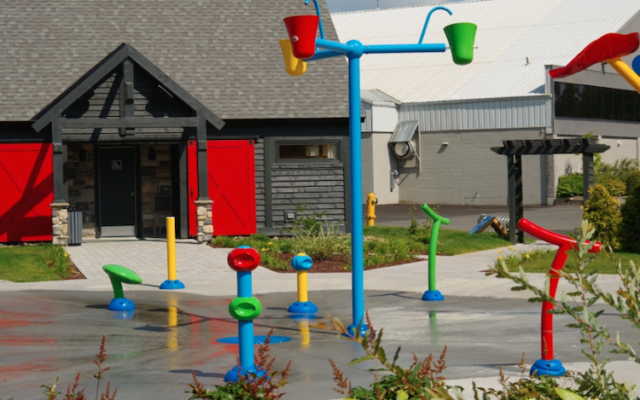 Contributed • January 22, 2020
The Edmundston City Council is considering changing the names of a few streets to eliminate geographic ambiguities.

EDMUNDSTON, New Brunswick — Following a recommendation from the Place Names Committee, the Edmundston City Council is considering changing the names of a few streets to eliminate geographic ambiguities. The Council also confirmed the spelling of certain street names and approved new names for green spaces, including:

Commemorative plaque unveiling ceremonies will take place during the summer.

With regard to the spelling of certain street names, corrections or clarifications were confirmed for Acadie Boulevard, Lilianne Avenue, De La Montagne Hill, Du Pouvoir Road and Gabourie Road. Different spellings for these street names existed in documents and street signs, which explains council’s resolution to confirm the spelling.

Finally, following a recommendation from the Place Names Committee, the Council proceeded with a first and second readings of a by-law to amend and correct problems of ambiguity regarding the names of certain street sections.

This is the case for the section of Acadie Boulevard, from the intersection with Mont-Farlagne Road to the southeastern limits of the Saint-Jacques sector, which would become an extension of Isidore-Boucher Boulevard. Old Route 2, also in the Saint-Jacques sector and also known as Route 2 or Route 144, from the intersection with De La République Park to the northern municipal limits, would become Vieille-Route-2 Street.

The adoption of the by-law is expected to take place in February and come into force on June 1, 2020. One business and about 15 residences will have a full year to change their addresses at no charge. As was the case in 2018, property owners will receive complete kits to accompany them through the process.

“City Council has taken note of the problems and ambiguities caused by the confusing names of these street sections. This approach is intended to solve old problems,” said Mayor Cyrille Simard. “Property owners who will have to change addresses can be assured of our utmost cooperation and will not incur any costs. »

A warm front will approach the Valley today and cross the region this evening.
Campaign Corner END_OF_DOCUMENT_TOKEN_TO_BE_REPLACED

Dale Crafts filed his nomination papers for Feb. 21 with the Secretary of State to officially be placed on the primary ballot on June 9, 2020, for the U.S. House of Representatives 2nd District race.
Our Sponsors END_OF_DOCUMENT_TOKEN_TO_BE_REPLACED