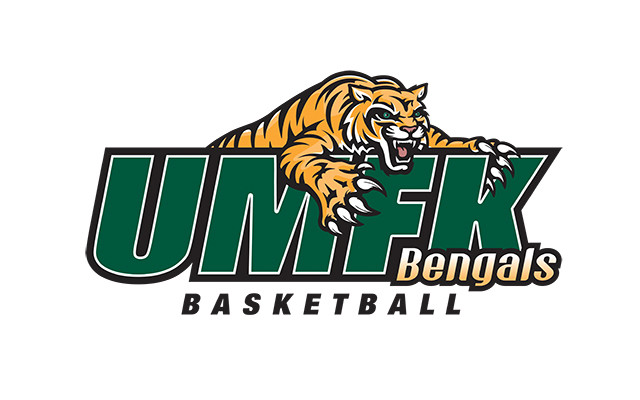 Fletcher Brown, Special to the Fiddlehead Focus • January 17, 2020
FORT KENT, Maine -- It didn’t matter where the Bengal Basketball teams played, whether it be in the friendly confines of the UMFK Sports Center, in a different state, or abroad in the great white north of Canada, the UMFK Basketball teams returned to their winning ways in 2020.

FORT KENT, Maine — It didn’t matter where the Bengal Basketball teams played, whether it be in the friendly confines of the UMFK Sports Center, in a different state, or abroad in the great white north of Canada, the UMFK Basketball teams returned to their winning ways in 2020.

The Women’s basketball team started off all the winning with a huge blowout victory over Unity College at home last week, winning by the score of 100-28. Unity was coached by former UMFK Bengal Ziggy Brown. It was a nice homecoming for Brown, as she was able to visit with some familiar faces, although she certainly would’ve enjoyed it more if the game had a different result.

That same day, the Men’s Basketball team traveled abroad to Saint John, New Brunswick, Canada to take on the Mighty Seawolves of the University of New Brunswick Saint John. The Bengals got their first win of 2020 beating the Seawolves 81-73 behind 38 points from freshman guard Julian Hymes.

Both Bengal basketball teams then embarked on a long road trip together, with their first stop in upstate New York to visit the SUNY Delhi Broncos. The Women’s team jumped out to an early lead behind beautiful and selfless ball movement. Despite the Broncos cutting the lead to single digits early in the second half, the Bengals got back on top by executing in the half court and getting to the free throw line. Savana Jankowski led the way with 26 points but the Bengals got contributions from everyone on the team as five different Bengals scored in double figures. They won 75-53. Unfortunately, the Men’s team struggled against the quick guards of the Broncos and lost 87-65.

The Men’s team then traveled South to New Philadelphia, Ohio to take on Kent State Tuscarawas. It was a game full of lead changes, especially in the second half, but a couple costly turnovers in crunch time and an offensive rebound put back by the home team with only seconds remaining put the Bengals away as they were not able to score again in the final five seconds. The Bengals lost 61-60 but were led by Bryce Gilbert’s 16 points on an efficient 7-10 from the floor.

Both teams take on Penn State Beaver tonight, Jan. 15, as the women’s club looks to knock off a top ranked 10-2 Lions squad, and the men hope to return to winning ways once again against a 6-7 Lions team.

Maine is more than eight months into Medicaid expansion under the federal Affordable Care Act and trends around who is enrolling and where they live are starting to emerge, bucking some expectations and pointing out access challenges.
Apex Weather END_OF_DOCUMENT_TOKEN_TO_BE_REPLACED

Low pressure will track into the Atlantic from off the Southeast coast tonight into Thursday with increased cloudiness this evening into the overnight hours.
Campaign Corner END_OF_DOCUMENT_TOKEN_TO_BE_REPLACED

Dale Crafts filed his nomination papers for Feb. 21 with the Secretary of State to officially be placed on the primary ballot on June 9, 2020, for the U.S. House of Representatives 2nd District race.
Our Sponsors END_OF_DOCUMENT_TOKEN_TO_BE_REPLACED