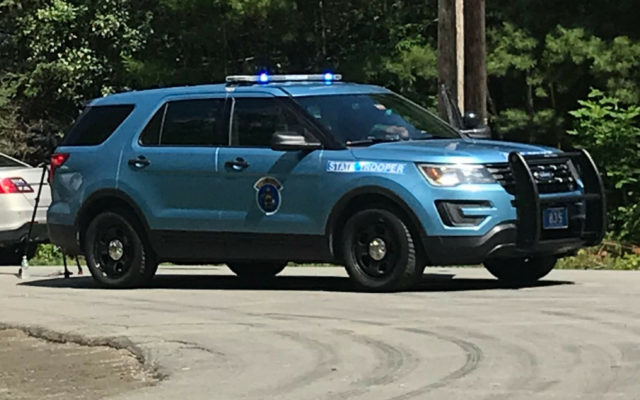 17-year-old walks away from rollover crash

Morgan Mitchell • January 15, 2020
Maine State Police responded to an accident at approximately 11 p.m. Tuesday in which a 17-year-old driver swerved to avoid a chunk of ice in the road and lost control of the vehicle.

HAMLIN, Maine — Maine State Police responded to an accident at approximately 11 p.m. Tuesday in which a 17-year-old driver swerved to avoid a chunk of ice in the road and lost control of the vehicle.

Police said that Pelletier was northbound on Hamlin Road when he swerved, the vehicle skidded into the southbound lane and crossed back into the northbound lane before hitting a snowbank. The angle of the vehicle hitting the snowbank and the vehicle’s momentum caused it to roll over. The Toyota Corolla came to a rest on the driver’s side door.

Pelletier was able to reach and exit the passenger side door, where he escaped and went for help.

The ambulance was sent to the scene, where Pelletier was examined and taken to Cary Medical Center for non-life-threatening injuries. He later was released.

Police said they did not suspect alcohol or any other substance to be a contributing factor.

A cold/occluded front will approach from the Great Lakes today with showers likely this afternoon along with a chance for thunderstorms.
Campaign Corner END_OF_DOCUMENT_TOKEN_TO_BE_REPLACED

Dale Crafts filed his nomination papers for Feb. 21 with the Secretary of State to officially be placed on the primary ballot on June 9, 2020, for the U.S. House of Representatives 2nd District race.
Our Sponsors END_OF_DOCUMENT_TOKEN_TO_BE_REPLACED