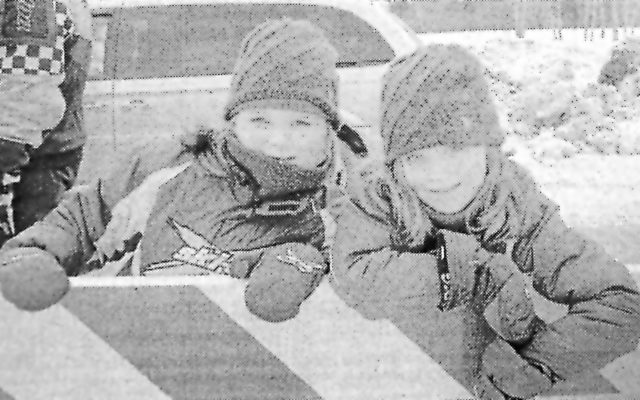 Van Buren Brother Meets Pope Paul VI — Brother Roland Lajoie, S.M., of Van Buren was greeted by Pope Paul VI on Dec. 10. Brother Roland has been in Rome since September 1968. He went there to familiarize himself with the language before participating in a three-month meeting of the general chapter of the Marist Society as the American Marist Brother representative.

Sinclair Children Produce Plays — Patrick Theriault School’s grades 6-8 presented a Christmas program the afternoon of Dec. 24 to a number of parents and friends, featuring “The Happy Prince” presented by grade 7. The play was adapted by Virginia Bartholome from the story by Oscar Wilde. Larry Pelletier acted as narrator.

St. David Woman Makes Vows — On the evening of Dec. 17, Sister Cherie Cayer, RSM, proclaimed her desire to respond to the call of Jesus through vows of celibate chastity, poverty, obedience and service to the poor, the sick and the ignorant. The community gathered at the Eucharist to celebrate her First Profession of Vows in the Sisters of Mercy of the Americas, the Regional Community of Portland.

Hafford Achieves Highest Boy Scouting Rank  — On Sunday, Jan. 10, at his Eagle Court of Honor, which was held at the Fort Kent Senior Citizen Center, Ethan Hafford was deemed worthy of receiving the honor of Eagle Scout Rank. He was pinned with the Eagle Medal and received the Eagle badge. Eagle Scout is the highest rank in the Boy Scouting program of the Boy Scouts of America. Ethan’s Eagle service project was to improve the overall appearance of the Allagash Municipal Cemetery. This consisted of repairing and resetting 39 headstones, cutting away branches from the fences, mowing, raking, grass seeding and cleaning up debris.

Maine is more than eight months into Medicaid expansion under the federal Affordable Care Act and trends around who is enrolling and where they live are starting to emerge, bucking some expectations and pointing out access challenges.
Apex Weather END_OF_DOCUMENT_TOKEN_TO_BE_REPLACED

The North Atlantic high will break down at the end of the week allowing high pressure from the west to build in with drier conditions.
Campaign Corner END_OF_DOCUMENT_TOKEN_TO_BE_REPLACED

Dale Crafts filed his nomination papers for Feb. 21 with the Secretary of State to officially be placed on the primary ballot on June 9, 2020, for the U.S. House of Representatives 2nd District race.
Our Sponsors END_OF_DOCUMENT_TOKEN_TO_BE_REPLACED