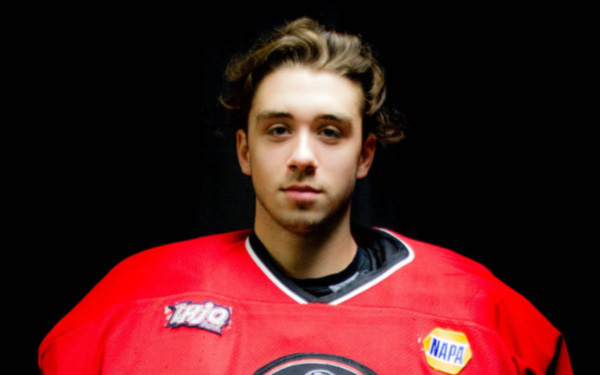 Contributed • January 8, 2020
The Edmundston Blizzard kicked off the always busy January transaction period with a deal with the Campbellton Tigers. The Blizzard got goalkeeper Marc-Antoine Bérubé-Jalbert in return for midget player Jack Dickie.

EDMUNDSTON, New Brunswick — The Edmundston Blizzard kicked off the always busy January transaction period with a deal with the Campbellton Tigers. The Blizzard got goalkeeper Marc-Antoine Bérubé-Jalbert in return for midget player Jack Dickie.

The Blizzard had to complete this trade due to the departure of goalkeeper Ewan MacDonald.

Bérubé-Jalbert will share the task with Antoine Lyonnais who is having a great season with the Blizzard.

Jalbert turned 19 in December and played 8 games with the Tigers last season, posting a very good 2.53 goals against average and a .918 save percentage. He also defended the colors of the Quebec Remparts of the QMJHL in two games, maintaining a GAA of 2.36. He also played 6 games last season with the Valleyfield Braves of the QJAAAHL posting an average of 4.82. Jalbert played two full seasons with Collège Notre-Dame in the midget AAA ranks in Québec. He was Remparts’ 10th round pick (171st overall) in the QMJHL draft in June 2017.

Jack Dickie is a 16-year-old defenseman who currently plays for the Saint John Vito’s of the NBPEIMMHL. His record shows 4 goals and 14 assists in 24 games.

Ewan MacDonald stayed two seasons with the Blizzard, playing in 31 games and posting 14 wins, 10 losses, 4 overtime losses and 1 shootout defeat. He maintained an average of 3.29.

Only one member of Maine’s congressional delegation had come out in favor of impeaching President Donald Trump ahead of House Speaker Nancy Pelosi’s Tuesday announcement that the Democratic-led House of Representatives would begin an impeachment inquiry.
Apex Weather END_OF_DOCUMENT_TOKEN_TO_BE_REPLACED

A strong upper-ridge anchored off the Southeastern US coast will bring warmer and more humid than normal conditions to the Valley through the late week period.
Campaign Corner END_OF_DOCUMENT_TOKEN_TO_BE_REPLACED

Dale Crafts filed his nomination papers for Feb. 21 with the Secretary of State to officially be placed on the primary ballot on June 9, 2020, for the U.S. House of Representatives 2nd District race.
Our Sponsors END_OF_DOCUMENT_TOKEN_TO_BE_REPLACED