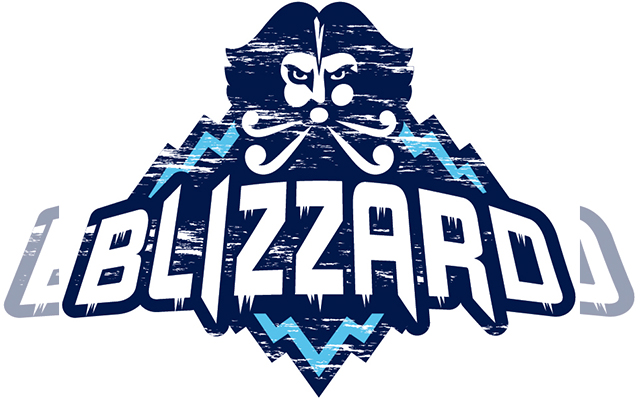 Blizzard hangs on to beat the Rapids

Contributed • January 8, 2020
After taking a comfortable 4-0 lead early in the first period on Jan. 5, the Edmundston Blizzard saw the Grand Falls Rapids making a nice comeback and tying the game 5-5.

EDMUNDSTON, New Brunswick — After taking a comfortable 4-0 lead early in the first period on Jan. 5, the Edmundston Blizzard saw the Grand Falls Rapids making a nice comeback and tying the game 5-5. Isaac Chapman, with his second of the game, scored the decisive goal at 11:23 of the third period, giving the Blizzard a close 7-5 win in front of 2,734 spectators at the Jean-Daigle Centre in Edmundston.

The Blizzard, who lost 6-5 in shootout in Campbellton on Friday after leading 5-0, had another great start with four unanswered goals which was enough to chase goaltender Tyriq Outen out of the game. Chrystopher Collin (0:42), Isaac Chapman (1:49), Tristan Gagnon (12:05) and Brock McLeod (12:27) shook the ropes for the local team. Rapids Lucas Joly responded at 14:36 to reduce the gap to three goals.

Rapids continued there come from behind effort with two goals in the second frame. Matthew MacKay and Zac Arsenault lit the red light to cut Blizzard’s lead to just one goal.

In the third, Paul Leroux raised the score to 5-3 in favor of Edmundston at 1:28, but the Rapids responded in less than five minutes to tie the game. Lucas Joly, with his second (1:53) and Dawson Wood (6:05) brought joy among their teammates and supporters. Then, Chapman scored the winner at 11:23 followed by Chrystopher Collin’s empty netter with less than a second to go in regulation.

Recently acquired goalkeeper Marc-Antoine Bérubé-Jalbert made his debut and had to shine many times, especially in the second period when the Rapids fired 19 shots in his direction. Bérubé Jalbert completed the afternoon facing 39 pucks. The Blizzard shot 34 times against Tyriq Outen and Nolan Boyd.

Brock McLeod brought his game streak to 12 with at least one point. He had to leave the game at the end of the first period after suffering an injury.

Only one member of Maine’s congressional delegation had come out in favor of impeaching President Donald Trump ahead of House Speaker Nancy Pelosi’s Tuesday announcement that the Democratic-led House of Representatives would begin an impeachment inquiry.
Apex Weather END_OF_DOCUMENT_TOKEN_TO_BE_REPLACED

A strong upper-ridge anchored off the Southeastern US coast will bring warmer and more humid than normal conditions to the Valley through the late week period.
Our Sponsors END_OF_DOCUMENT_TOKEN_TO_BE_REPLACED