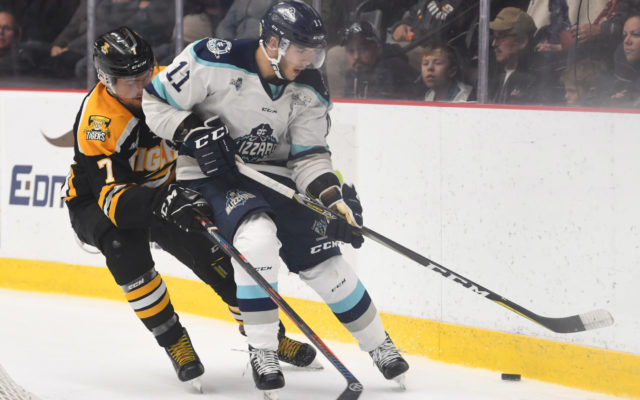 Contributed • January 8, 2020
After taking a comfortable 5-0 lead, the Edmundston Blizzard saw the Campbellton Tigers gradually making a comeback and the Restigouche team finally prevailed, signing a 6-5 shootout victory, Jan. 3 at the Memorial Civic Centre in Campbellton.

The Blizzard took a commanding 4-0 lead after 20 minutes. They were fast to put the score 5-0 at the 14th second to start the second frame. The lead seemed to be insurmountable, but the Tigers who have an excellent offensive punch never gave up. Campbellton scored four straight goals in the second period to get to one goal behind. The locals equalized the mark at 5 in the sixth minute of the third period.

Riley Bezeau put the final touch to Campbellton’s great comeback with the winning goal in the shootout.

Félix Rioux, Alex Arsenault, Tristan Gagnon and Brock McLeod scored back to back in the first period, which chased Tigers’ starting goalkeeper, Isaak Pelletier. At the 14th second of the second period, Arsenault shook the ropes behind Tristan Gray. But he stood up from that point on, closing the door to all Blizzard’s offensive surge. Gray reserved his best save with over a minute to go in regulation when he made a miraculous save after Chrystopher Collin had previously beat him.

Defenseman Tommy Bertrand was back in action after an extended absence due to an injury.

As the Maine Turnpike expects 1 million travelers alone over the Labor Day weekend, policymakers are gearing up for a sprint to solve one of the state’s most intractable problems: a long-standing — and growing — transportation funding gap.
Apex Weather END_OF_DOCUMENT_TOKEN_TO_BE_REPLACED

The Valley will receive an inch or less of accumulation from Thursday's system based on current forecast model data.
Our Sponsors END_OF_DOCUMENT_TOKEN_TO_BE_REPLACED