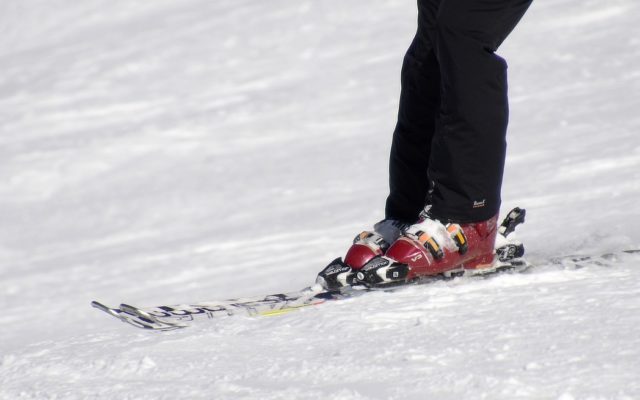 Valley skiers dominate on the slopes yet again

FORT KENT, Maine — Skiers from Valley high schools dominated another tournament this season as teams from Fort Kent took first place in all four categories at a series of Alpine races held at Lonesome Pine Trails on Saturday.

In addition to the successful Fort Kent team scores, Wisdom High School and Madawaska students topped the leaderboards in the individual boys category.

The Fort Kent boys and girls earned the top team scores in all races at the competition.

The Fort Kent girls took first place in both the morning and afternoon races, followed by Caribou and Presque Isle.

Brothers Jake Roy and Sam Roy of Wisdom were standouts at the event, having raced to the top two spots in the afternoon slalom, with Jake Roy competing at first place with a score of 1:22.94 and Sam Roy finishing at 1:25.76. Fort Kent’s Griffin Sibley rounded out the top three in that race with a time of 1:30.23.

Colby Theriault, Carson Theriault, Andre Sirois and Austin Paradis, all of Fort Kent, also finished in the top 10 for the Warrior boys in the afternoon slalom.

The Roy brothers also excelled during the morning boys race, with Jake Roy earning the competition high with a racetime of 1:21.88. Pierre Hickey of Madawaska took second place during this race with a time of 1:23.22, followed by Sam Roy at 1:23.50.

In the girls races, Riley Sibley of Fort Kent sped ahead of the other athletes in both the morning and afternoon slalom competitions with a time of 1:33.90 in the morning slalom and 1:39.21 in the afternoon. Warrior Kailee Guimond finished in second at 1:33.97, followed by Mallory Sirois with a time of 1:35.78. Warriors Kate Lamarre, Elly Sirois, Lyndsay Ouellette, Morgan Cyr and Mira Kelly also filled in most of the top 10morning slalom spots.

Afternoon racers from the Valley who claimed top 10 berths included Kailee Guimond in second place with a time of 1:41.56 and Elly Sirois in third place at 1:42.92. Lyndsay Ouellette, Mallory Sirois, Kate Lamarre, Morgan Cyr and Darci Pelletier, all of Fort Kent, also made their way into the top 10.

As the Maine Turnpike expects 1 million travelers alone over the Labor Day weekend, policymakers are gearing up for a sprint to solve one of the state’s most intractable problems: a long-standing — and growing — transportation funding gap.
Apex Weather END_OF_DOCUMENT_TOKEN_TO_BE_REPLACED

The Valley will receive an inch or less of accumulation from Thursday's system based on current forecast model data.
Our Sponsors END_OF_DOCUMENT_TOKEN_TO_BE_REPLACED