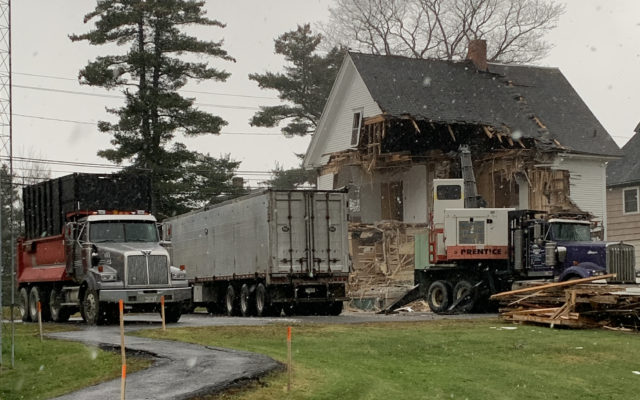 UMFK moves ahead with facilities upgrades

UMFK officials have been meeting regularly with architects from Oak Point Associates of Biddeford, who are tasked with designing a nearly 6,000-square-foot Enrollment and Advancement Center — the first phase of major construction projects at UMFK. The center will be the face of the university on Pleasant Street in Fort Kent once completed.

Oak Point is expected to present design plans for the Enrollment and Advancement Center to UMFK officials during Thanksgiving week.

“We think we’ve reached an agreement on what we think we want the building to look like,” said Tex Boggs, interim president and provost for UMFK.

If UMFK officials approve the design, the next phase will be a cost analysis in terms of building construction.

Oak Point will oversee bidding for the building construction, which Boggs stressed will not exceed the university’s budget for construction costs.

“We will stay within budget,” Boggs said.

If the design and budget plans pass muster, Boggs said construction of the new building will soon be underway.

“Our intent is to break ground as soon as possible next spring,” he said.

In order to make space for the new building, the university has had to remove one building so far — Madawaska House — in which several offices were located. UMFK also plans to remove St. David House, which houses offices for university employees.

Boggs added that he understands why some may find it uneasy to see the buildings, which were at one time residential homes and then owned by the university for a long time, being taken down.

“I’m 84 years old. Not too long ago I had the opportunity to go back to where I grew up in terms of nostalgia,” Boggs said. “I have full sympathy to those who have fond memories of living in the neighborhood or even growing up in that home.”

“I truly kind of think wouldn’t it be nice if I could live there again and I understand the feelings and emotions that are involved, but again there were multiple reasons — one being the disrepair of the facility — and the cost of bringing it up to code and the fact that even if we brought it up to code, it’s still an older building,” Boggs added.

Boggs said that by adding the new building, UMFK hopes to increase enrollment at the university, which would have a positive impact on the local economy.

Once construction of the new building gets underway, it will most likely last about 16 months. If all goes according to plan, Boggs said he expects the project to be finalized by fall of 2021.

“We want it to be attractive to our community. We want people to feel good about it,” he said. “We hope to make something the community will be proud of.”

Deep low pressure near Newfoundland will keep breezy conditions across the SJV today and tonight as it interacts with high pressure building down from the northwest.
Our Sponsors END_OF_DOCUMENT_TOKEN_TO_BE_REPLACED