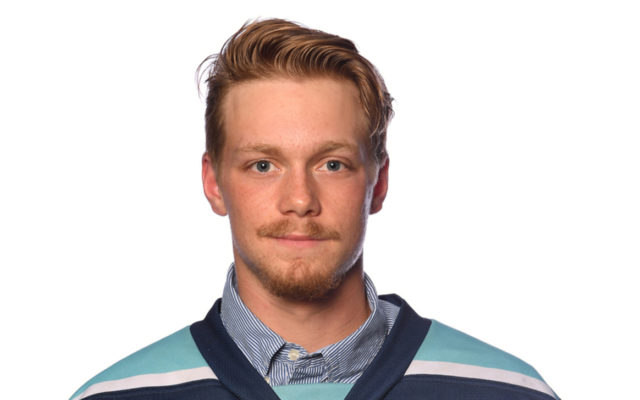 Contributed • November 20, 2019
The Edmundston Blizzard is pleased to announce the return of defenseman and former captain Alex Lavoie.

EDMUNDSTON, New Brunswick — The Edmundston Blizzard is pleased to announce the return of defenseman and former captain Alex Lavoie.

Lavoie missed most of last season due to concussion. He played only four games. His long recovery is now over. After taking part in many contactless hockey games since his injury, he feels ready to make the big comeback. He will be in uniform tomorrow against the Summerside Western Capitals.

Lavoie played all the games of the inaugural Blizzard season in 2017-2018 (50) and the playoffs (17). He was an important part in bringing the playoffs championship to Edmundston. For his excellent play he was designated the team’s captain prior to the 2018-19 campaign, cut short because of the injury.

In 2017-2018, he scored 6 goals and added 11 assists for 17 points. He scored the first-ever goal in the history of the Blizzard in Woodstock on September 15, 2017. He also lifted the crowd from the St. Jacques Palladium when he scored in overtime in the first home game giving the Blizzard a 4-3 win over Amherst who had a 3-0 lead late in the game.

The 20-year-old defenseman of 6’0’’ and 185 pounds is known for his physical play and intends to continue this way.

A warm front will approach the Valley today and cross the region this evening.
Campaign Corner END_OF_DOCUMENT_TOKEN_TO_BE_REPLACED

Dale Crafts filed his nomination papers for Feb. 21 with the Secretary of State to officially be placed on the primary ballot on June 9, 2020, for the U.S. House of Representatives 2nd District race.
Our Sponsors END_OF_DOCUMENT_TOKEN_TO_BE_REPLACED