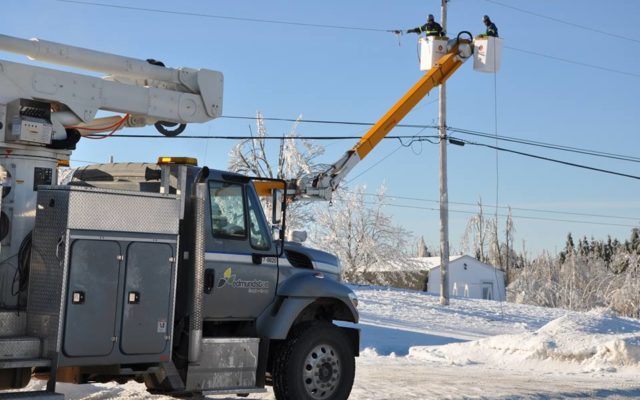 Contributed • November 20, 2019
Negotiations between the municipal administration of Edmundston and the union representing the majority of municipal employees resulted in a five-year agreement.

EDMUNDSTON, New Brunswick — Negotiations between the municipal administration and the union representing the majority of municipal employees resulted in a five-year agreement.

The new contract gives employees an average annual wage increase of 2.25 percent for the duration of the contract. Since the last contract expired in December 2018, employees will receive a retroactive increase for 2019.

“We are convinced that this agreement is fair for both parties,” said Edmundston Mayor Cyrille Simard.

As in any negotiation, both parties had to make concessions. For City Council, it was imperative to ensure that the wages and benefits of municipal employees were similar to those generally found on the labour market. Thus, the municipality’s offer was made using comparable data from municipalities similar in size and services. In addition, Council wanted more flexibility in shifts, which was accepted by employees.

“We thank the employees for their excellent cooperation throughout the negotiations. Their strong majority vote demonstrates the spirit of collaboration and understanding between the two parties,” concluded Mayor Simard.

The upper-level low pressure area that has been parked over southern New England will continue to stall there today into the overnight period then begin to open up and shift southeast into the Atlantic Thursday.
Campaign Corner END_OF_DOCUMENT_TOKEN_TO_BE_REPLACED

Dale Crafts filed his nomination papers for Feb. 21 with the Secretary of State to officially be placed on the primary ballot on June 9, 2020, for the U.S. House of Representatives 2nd District race.
Our Sponsors END_OF_DOCUMENT_TOKEN_TO_BE_REPLACED