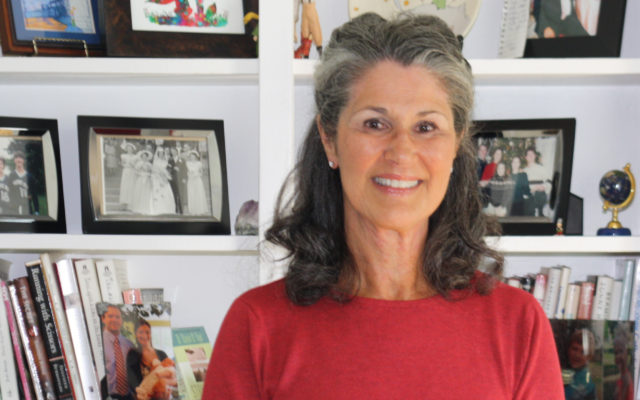 Melissa Lizotte • November 14, 2019
Throughout Anne Blanchard’s experiences as an educator in Aroostook County, she has seen many things come full circle.

Throughout Anne Blanchard’s experiences as an educator in Aroostook County, she has seen many things come full circle.

She began her career as a teacher and ended as a school principal, responsible for helping students, teachers and staff members all succeed. Numerous students have returned the favor, thanking her for the positive impact her classes had on them.

But Blanchard has gained a greater connection with one of her former mentors. The home where she and her husband, Brian, live in Fort Fairfield once belonged to one of her high school English teachers, Mary Strout.

“We didn’t know she lived here until after we bought the house,” Blanchard said.

These days Blanchard is enjoying retirement after a 44-year career in education, most of which she spent at SAD 1 in Presque Isle. After six months as an English and French teacher in Ashland, the then-22-year-old Blanchard went on to teach those same subjects at Presque Isle High School. She remained in that position for 28 years before becoming assistant principal of the high school. She later was the assistant principal and then principal of Presque Isle Middle School.

Blanchard remembers that as a young teacher she put great emphasis on being organized and making sure students mastered concepts in ways that were considered academically correct. Over time she realized that students felt more connected to her classes if they made connections between the content and their own lives.

“People used to ask me, ‘Don’t you get tired of teaching the same things every year?’” Blanchard said. “But I didn’t because it was never about the content. It’s about what the content means to the students.”

When Blanchard began teaching at Presque Isle High School, the school consisted of 1,250 students. One of her students was named Matt. In English class she struggled to find topics that might help Matt come out of his shell. Then one day she asked him, “If you could read anything in the world, what would it be?”

He told her about a book she knew the school would never own: a biography of Johnny Rotten, lead singer of the punk rock band The Sex Pistols. She later obtained the book through the school’s inter-library loan program with the University of Maine at Orono, a move that helped Matt become more engaged in class.

“He read that book cover to cover more than once,” Blanchard said. “He turned out to be a wonderful writer. It was like a lightbulb went off in his head.”

Although Blanchard did not have Matt as a student for the rest of his high school career, he stopped by her classroom one day during his senior year and gave her his favorite skateboard, on which he had written a special message.

“He said, ‘You, more than anybody else, kept me in school,’” Blanchard said.

Blanchard kept that skateboard with her as she moved into more administrative duties at SAD 1. As principal of Presque Isle Middle School, she embraced opportunities to have more one-on-one interactions with students and parents, and form trustworthy relationships with them and administrators.

Even as a child Blanchard never considered any career other than teaching. She has fond memories of playing “school” with her younger sisters Marsha, Sue and Jane and observing the way that her own teachers interacted with students.

“I always ended up being the teacher when we played, maybe because I was the oldest,” she said.

Today Blanchard lives just miles from both her childhood home and Fort Fairfield High School, where she graduated as part of the school’s largest class — of 117 students — in 1970. After leaving SAD 1 and briefly serving as the interim principal of SAD 45 schools in Washburn, she officially retired this summer.

Blanchard has enjoyed having more opportunities to visit her three children and 13 grandchildren and making travel plans without the constraints of a school calendar.

“At first I was a little worried that when I retired I wouldn’t know what to do with myself,” Blanchard said. “But it’s a wonderful feeling knowing that I’m in charge of my calendar.”

A warm front will approach the Valley today and cross the region this evening.
Campaign Corner END_OF_DOCUMENT_TOKEN_TO_BE_REPLACED

Dale Crafts filed his nomination papers for Feb. 21 with the Secretary of State to officially be placed on the primary ballot on June 9, 2020, for the U.S. House of Representatives 2nd District race.
Our Sponsors END_OF_DOCUMENT_TOKEN_TO_BE_REPLACED