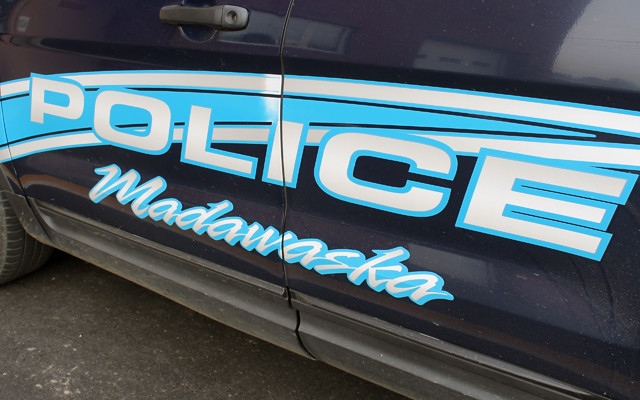 Safety First: what to do if you get pulled over

Morgan Mitchell • November 8, 2019
You’re driving down the road, jamming to your favorite song when you see blue lights behind you. You look down and whoopsies, you were going a little too fast. When you go to pull over, what should you do?

MADAWASKA, Maine — You’re driving down the road, jamming to your favorite song when you see blue lights behind you. You look down and whoopsies, you were going a little too fast. When you go to pull over, what should you do?

Having your information available is the most important step that begins well before you even get in the car, according to Madawaska Police Lt. Jamie Pelletier.

“We understand people don’t drive around with their documentation in their hand in case they get stopped,” Pelletier said.

However, knowing where your info is and being organized when an officer approaches your car helps them feel a little easier knowing you are cooperating.

“That way you know exactly where to reach and you can tell an officer, ‘My stuff is in my glove compartment, it’s in my center console, I need to reach in there and get it,’” he said.

He also suggests you throw out expired licenses and insurance cards so you don’t hand over the wrong information.

“From an officer’s perspective, standing roadside at the driver’s window and they’re rummaging through the center console, or through a glove compartment looking for all their documentation, kinda puts the officers on edge a little bit, cause you don’t know what’s about to happen,” Pelletier said. “That’s when guns can come out, knives can come out.”

For this reason, the first thing officers look for are a person’s hands.

“You can put them on the steering wheel, your lap, the dashboard,” he said. “As long as we can see your hands — because we’re trained that a person’s hands are what’s going to harm you — then the situation is pretty under control.”

When it comes to pulling the car over, Pelletier said it sometimes is a matter of common sense of where to safely pull over. He suggested to not park on the hill or barely on the other side.

“We appreciate someone who gives us a little extra safety,” he said.

That said, he emphasized that officers usually don’t appreciate if people keep driving a mile down the road to get to a parking lot.

“And that happens, and I get it,” he said. “A lot of people are suspicious of the police because however they were brought up. Some people don’t like the police so they would rather pull into a lit parking lot.”

Pelletier said “When you see the blue lights, you have to pull over anyway even though they might not be for you,” Pelletier reminded drivers.

When the police pull someone over, they angle their vehicle in such a way so that if their car is bumped by another car driving down the road, the vehicle will not lurch forward in the officer’s direction.

A lot of times, Pelltier said the officers will shine a giant spotlight into the driver’s side mirror to give the officers advantage.

“We’re not trying to do that to be bullies, we’re not doing that to try to aggravate people, so there is a purpose for it,” he said. “That purpose is our safety.”

Helping the officers feel safe allows for an all-around better situation, according to Pelletier. This includes common courtesy.

“We might be a little defensive because there are no routine traffic stops,” he said. “But it’s for our safety. If someone demonstrates that they are cooperative and courteous, we can bring it down.”

If you own a gun and it is in the car, or on your person, Pelletier said you are required by law to tell the officer immediately.

“There’s absolutely nothing wrong with having a gun, you just have to tell us,” he said.

Above all, be organized, pull over in a safe place not a mile down the road, keep your hands visible, be kind and keep safety in mind.

The upper-level low pressure area that has been parked over southern New England will continue to stall there today into the overnight period then begin to open up and shift southeast into the Atlantic Thursday.
Campaign Corner END_OF_DOCUMENT_TOKEN_TO_BE_REPLACED

Dale Crafts filed his nomination papers for Feb. 21 with the Secretary of State to officially be placed on the primary ballot on June 9, 2020, for the U.S. House of Representatives 2nd District race.
Our Sponsors END_OF_DOCUMENT_TOKEN_TO_BE_REPLACED