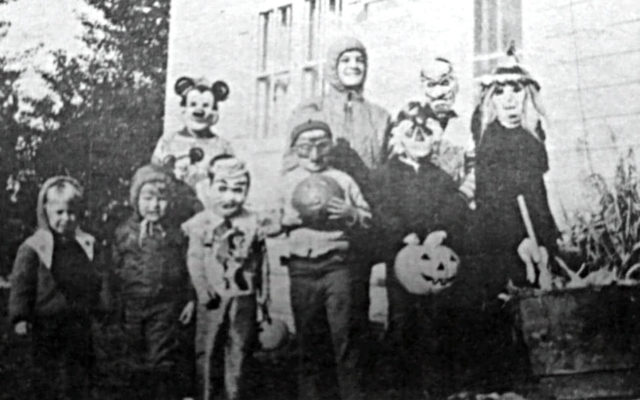 Accident Gives Reason To Cry Over Spilt Milk  — An accident in Edmundston, took place Monday morning when a milk truck owned by Sanitary Dairies careened down 23rd Avenue, spilling bags of milk and causing approximately $1,800 damage enroute. The driver of the truck Philip Collin parked the truck and went to a house to deliver milk. The truck rolled down the hill, crossed the street and collided with a vehicle. The truck kept on going and hit the retaining wall of a home, then struck another vehicle. It finally came to rest against the first car, after hitting it again on its downward journey.

Dionne Park — If all goes according to plan, Dionne Park, a large area that spans from Fox Street to 12 Avenue, will be ready for use by the end of next summer. Madawaska Town Manager Arthur Faucher said the town will apply for a grant for the playground and basketball court. By spring 1996, the project should be completed.

New Grand Isle Postmaster — Patrice Jalbert has been appointed the new postmaster for Grand Isle. During her postal career, she has worked at the Limestone and Madawaska post offices and, most recently, as a clerk at the Fort Kent Post Office. She resides in St. Agatha with her husband Mike, and their three children.

Award Goes To Madawaska Teacher — Gina Jandreau, a fourth grade teacher at Madawaska Elementary School, was named the ACTEM Educator of the Year Runner Up for 2009. Jandreau, a 21-year teaching veteran, has infused technology into the classroom throughout the years with grants that she has written. Her efforts in this area have benefited her students by putting technology in their hands. “Keeping up with the rapid changes in technology is worth it to see the benefits to our students,” said Jandreau.

As the Maine Turnpike expects 1 million travelers alone over the Labor Day weekend, policymakers are gearing up for a sprint to solve one of the state’s most intractable problems: a long-standing — and growing — transportation funding gap.
Apex Weather END_OF_DOCUMENT_TOKEN_TO_BE_REPLACED

The Valley will receive an inch or less of accumulation from Thursday's system based on current forecast model data.
Our Sponsors END_OF_DOCUMENT_TOKEN_TO_BE_REPLACED