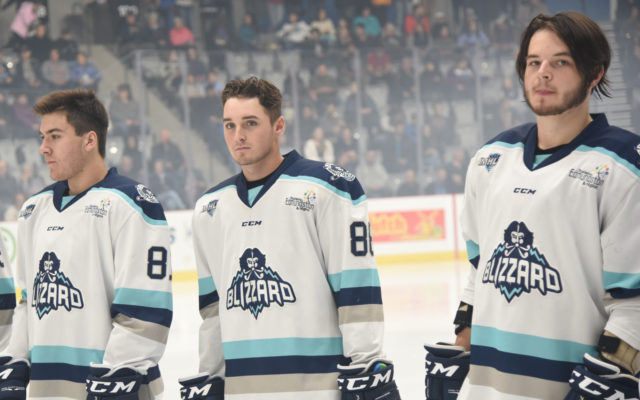 Contributed • October 16, 2019
The Edmundston Blizzard has dropped nine ranks in the weekly standings of the Canadian Junior Hockey League.

The Blizzard took a 4-1 win last Thursday in Fredericton against the Red Wings before losing 7-3 in Summerside on Saturday against the Western Capitals.

Picked by an independent scouting service, the weekly rankings are based upon a variety of factors, including winning percentage; win-loss record; point totals; goals-for versus goals-against ratio, etc., and the league they compete in.

The upper ridge of high pressure that produced the recent mild weather for the SJV will move east today while a weak backdoor cold front approaches. Partly cloudy skies are expected today and tonight along with a slight chance for showers beginning late this afternoon and continuing into early Thursday as the trough moves through.
Our Sponsors END_OF_DOCUMENT_TOKEN_TO_BE_REPLACED