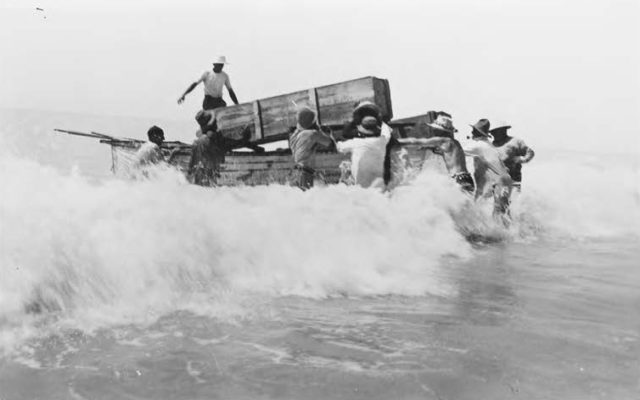 Proving Einstein Right proves to be a good read

By Andrew Birdem, Special to the Fiddlehead Focus • October 16, 2019
A famous Maine novelist joins forces with an astrophysicist to explore the challenge of proving relativity

As a teenager, Albert Einstein dreamed of riding a beam of light. Others would catch a ride on that fantasy and travel the globe.  Whether it’s the exhilarating joy of a real-life adventure that spans a war torn world, an understanding of Einstein’s theories, or narrative portraits of the human faces who provided the proof of Einstein’s model of spacetime, theoretical physicist S. James Gates Jr. and celebrated Maine novelist Cathie Pelletier provide all three with beautiful writing, clear explanations and meticulous research in Proving Einstein Right (PublicAffairs September 24, 2019).

The duo have created a comprehensive look at the challenges facing researchers after Einstein published his groundbreaking papers on general relativity. Specifically, the authors examine the people, obstacles and events interwoven in the quest for experimental proof of Einstein’s description of spacetime and the effect of gravity on light that results from his theory of general relativity.

Given the level of technology in the first quarter of the 1900s, Einstein hypothesized that observers could detect the effect of gravity on light by measuring the locations of background stars near the Sun during a solar eclipse and comparing the locations of the same stars when the Sun was missing from the foreground, with a difference in location indicating a deflection of light resulting from the bending of light near the mass of our nearest star.

This meant that astronomers in that earlier scientific age had the only technologically viable means of proving a core pillar of Einstein’s controversial theories through direct observation. The astronomers did this by conducting expeditions to observe total solar eclipses, for it was only during a total solar eclipse that the Moon would block our sun, the day would become momentarily darkened, and stars near the location of the Sun would become visible.

Luckily, predicting the path of the Moon’s shadow during the perfect alignment of Sun, Moon and Earth was a problem astronomers had solved since ancient times. It was a relatively minor chore to predict the time, place and duration of a solar eclipse. The challenge for these researchers was to launch expeditions to these locations to arrive at the right time, with the right equipment, and beneath clear skies.

Combine the start of World War I in the middle of these attempts to chase the already complex convergence of circumstances, and what follows is a plot that unfolds with chaos and miscommunication in exotic places from South America to Eastern Europe to Australia.

As any reader would expect, the authors provide interesting details about the life of Einstein, including certain aspects of his biography that other works may have glossed over, such as Einstein’s approach to his family responsibilities and his emotionally abusive treatment of his first wife. The life of Einstein, however, is only a small portion of the biographical drama that unfolds. Pelletier and Gates focus less on Einstein’s biography, and instead spend the bulk of the book to celebrate and explore the lives of the men who championed Einstein’s controversial theories and ultimately showed the world that the greatest theoretician of the time was, by logic and observable fact, totally correct.

At times packed to the hilt with detail, Pelletier and Gates follow the heralds of Einstein’s theory, including William Wallace Campbell, Charles Dillon Perrine, Erwin Finlay Freundlich, Frank watson Dyson, Sir Arthur Eddington, Andrew Claude de la Cherois Crommelin, and Charles Davidson. The details of their lives come forward, with their own writings revealing motivations, complications, doubts, and their joy in science as they repeatedly chase total eclipses across multiple continents and a decade of worldwide upheaval in order to conduct fine measurements of stars during the magical few moments of totality, when the Sun and the Moon perfectly align and the brightness of the day dims to twilight.

The descriptions of these scientific explorers reveal their strengths, weaknesses, sense of humor, and relationships with each other. Pelletier and Gates place the reader within the company of these men by nonchalantly dropping details of place and time within the narrative obviously gleaned from historical journals, purchase orders and correspondence. Reading this book creates the sense of traveling with the expeditions and watching the greatest scientific minds of the day deal with the pitfalls of vast quantities of luggage, the vagaries of train and ship schedules, and the social demands from different people ranging local curiosity seekers to visits by heads of state.

This book is excellent for anyone interested in science and history. Used in high schools and colleges, Proving Einstein Right would provide cross-disciplinary opportunities for English, science and math courses.

This book successfully combines the excitement of scientific discovery with a classic and accessible adventure tale.

Only one member of Maine’s congressional delegation had come out in favor of impeaching President Donald Trump ahead of House Speaker Nancy Pelosi’s Tuesday announcement that the Democratic-led House of Representatives would begin an impeachment inquiry.
Apex Weather END_OF_DOCUMENT_TOKEN_TO_BE_REPLACED

A strong upper-ridge anchored off the Southeastern US coast will bring warmer and more humid than normal conditions to the Valley through the late week period.
Campaign Corner END_OF_DOCUMENT_TOKEN_TO_BE_REPLACED

Dale Crafts filed his nomination papers for Feb. 21 with the Secretary of State to officially be placed on the primary ballot on June 9, 2020, for the U.S. House of Representatives 2nd District race.
Our Sponsors END_OF_DOCUMENT_TOKEN_TO_BE_REPLACED