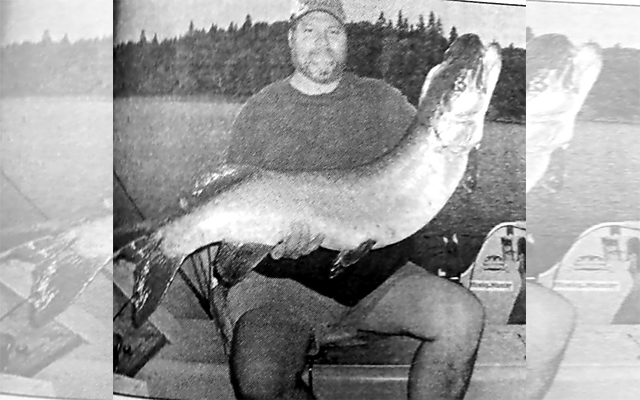 Madawaska Man Adds To Medals  — Oneil Clavette, 23, son of mr. and Mrs. Denis Clavette of Madawaska, received the Bronze Star medal for meritorious service in the Republic of Vietnam. He entered the service in January 1965 and completed his basic training at Fort Jackson, South Carolina. Clavette also holds several other awards.

St. Agatha Gets Swap Shop  — Mrs. Bea Chamberland, a St. John Valley Action Council official, said the swap shop in St. Agatha is located in the home of Mr. and Mrs. Jos Plourde. If you have clothes you have outgrown or don’t need, you are invited to bring them to the shop. Mrs. Chamberland said the shop is a non-profit organization to help the community.

Ground Fire Burns More Than 200 Acres — A ground fire west of Allagash, in an area along the Maine-Quebec border, seared a 225-acre area last week. Madawaska-Van Buren Corporation General Manager Phil Sullivan said Monday that almost no wood was lost in the fire. He said the corporation was burning tree tops, an annual event. The fire was generally contained to leaves and grass, with an occasional “stub” flaring up and consequently cut. All of the fires were on Irving land.

Do Not Enter — Some motorists, including some parents, apparently do not see or believe the big yellow sign at the entrance of the Evangeline School front yard in Madawaska. Driving on to the property, especially to drop off or pick up students, can be very dangerous. A group of Evangeline School students recently posed next to the sign, asking to please respect their space and their safety.

Students Of The Month — The Madawaska Middle High School honored three outstanding students. John Dixon, Jake Hebert and Katie Cyr were nominated September’s Students of the Month because their peers and teachers believe they are constant positive influences in their school community. During the end of each month, students nominate their peers. Nominated students are honored during a middle school assembly, given a certificate of appreciation, their names are announced that afternoon, and their photos are displayed on a bulletin board in the middle school section.

As the Maine Turnpike expects 1 million travelers alone over the Labor Day weekend, policymakers are gearing up for a sprint to solve one of the state’s most intractable problems: a long-standing — and growing — transportation funding gap.
Apex Weather END_OF_DOCUMENT_TOKEN_TO_BE_REPLACED

The Valley will receive an inch or less of accumulation from Thursday's system based on current forecast model data.
Our Sponsors END_OF_DOCUMENT_TOKEN_TO_BE_REPLACED