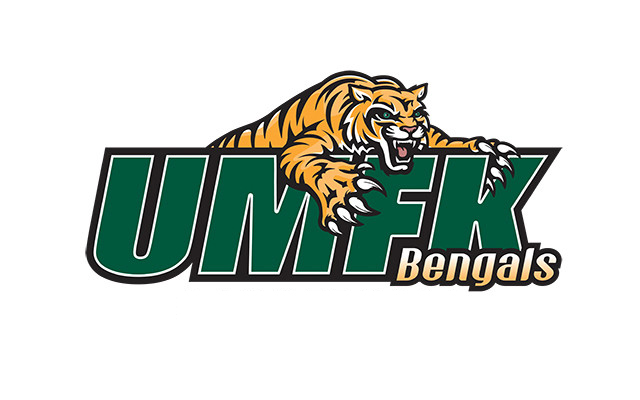 Contributed • October 14, 2019
It was another action-packed weekend for the UMFK Bengal athletic teams as the women’s soccer team continued its winning ways, women’s volleyball defeated its rival, and the men’s soccer team defied the odds against some of the best teams in the country.

FORT KENT, Maine — It was another action-packed weekend for the UMFK Bengal athletic teams as the women’s soccer team continued its winning ways, women’s volleyball defeated its rival, and the men’s soccer team defied the odds against some of the best teams in the country.

With only one game on the schedule this week, women’s soccer traveled to Boston and took care of business against Fisher College, winning the match 4-0. Yuli Sanchez had a hat trick with three goals on the day. The Bengals are currently ranked as the number two overall team in the USCAA.

Women’s volleyball hosted the second of their three home matches of the season when their rival, the University of Maine at Presque Isle, came to town. The Bengals defeated the Owls in both matches in three straight sets Wednesday night. Rachel Nance soared above the net throughout the night collecting points for the home team.

On Friday, the Bengals struggled against Maine Maritime Academy, losing in three sets, but they remain amongst the top teams as they are currently tied for third place in the USCAA.

The men’s soccer team took on the role of David versus multiple Goliaths this past week on their southern road trip through Ohio and Kentucky. They came to a draw with Union College and the University of Northwestern Ohio, also losing to West Virginia Tech.

But the Bengals rallied at the end of the trip to defeat the University of Rio Grande, the sixth-ranked team in the NAIA, 2-1 in double overtime. Despite being down 1-0 early in the contest, Travar McCollah netted one home for UMFK to tie the game late in the first half. Then it took two extra periods for Nickalous Gayle to finally slip past the defense after a pass from Alexi Sarmis and score the game winner for the Bengals.

“It was a very successful trip for the men’s soccer team and a job well done by the Bengals,” said Fletcher Brown, UMFK sports information representative. “Going 2-1-2 on the long trip against much larger schools with two or three times the resources says a lot about the tenacity and grit the Bengals have. The men’s soccer team is tied for first place in the latest USCAA rankings poll.”

A cold front will cross the region today associated with the upper trough and low which will absorb the remnants of Isaias in Canada.
Our Sponsors END_OF_DOCUMENT_TOKEN_TO_BE_REPLACED