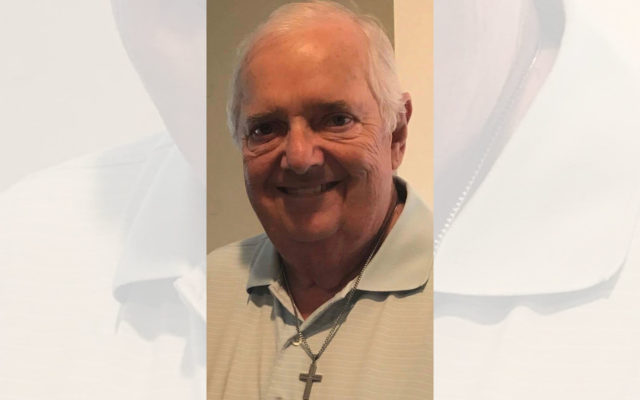 Jessica Potila, SJVT / FhF Staff Writer • October 12, 2019
Former St. John Valley Times general manager and publisher Barry Stokes, who recently died in Florida at the age of 84, played a significant role in shaping news in the Valley by hiring some of the area’s most successful reporters during his tenure in the 1970s and 1980s.

FORT KENT, Maine — Former St. John Valley Times general manager and publisher Barry Stokes, who recently died in Florida at the age of 84, played a significant role in shaping news in the Valley by hiring some of the area’s most successful reporters during his tenure in the 1970s and 1980s.

Stokes hired Julia Bayly of the Bangor Daily News long before she became a multiple award-winning reporter and published author.

“Thirty-three years ago I interviewed for an opening for a photographer at the St. John Valley Times. That interview was with Barry Stokes. At the time, he asked if I could write, as well. I was just out of university with zero experience as a journalist, but I told him I was willing to try,” Bayly said. “He hired me and within the first hour of my first day as a working reporter-photographer, I knew I had found my calling. Barry took a chance on me and provided me the support and encouragement to become a journalist.”

Stokes also gave Don Levesque, who later went on to become editor and publisher of the St. John Valley Times, his first shot at journalism. Levesque was inducted in the Maine Press Association Hall of Fame in 2010.

“Barry took a chance on me in 1985 when he hired me as a sales rep for the Valley Times,” Levesque said. “Barry changed my life. There are very few people we can say that about and I am very grateful to him.”

“Barry was everything a publisher should be: tough, fair, funny and completely dedicated to the Valley Times. He was a mentor and terrific role model. I often thought ‘What Would Barry Do?’ when some situations arose,” Levesque added. “He was a great role model of what the publisher of a small weekly newspapers should be.”

“I worked with him for over 20 years and he gave me my job as publisher and sports editor. He gave me my first real newspaper job,” Labbe said. “Then he gave me the opportunity, the freedom, the support, and the respect to enable me to grow in that job.”

Bayly added that Stokes expected his reporters to be fair and open-minded, but he always had their backs.

“He was the line at times between angry readers and the reporters and he always supported us — though there were times I was called into his office and given a talking to in private when I had missed the mark on something. In those regards, he was in many ways the last of his kind,” she said. “I owe him more than I can ever say and I hope he never regretted taking a chance on a wide-eyed reporter all those years ago.”

Barry Stokes is survived by his wife of 65 years, Vera Stoke,s as well as three sons, one daughter, nine grandchildren and three great-grandchildren. A memorial Mass was held in his honor on Monday, Oct. 7, in Florida.

As the Maine Turnpike expects 1 million travelers alone over the Labor Day weekend, policymakers are gearing up for a sprint to solve one of the state’s most intractable problems: a long-standing — and growing — transportation funding gap.
Apex Weather END_OF_DOCUMENT_TOKEN_TO_BE_REPLACED

The Valley will receive an inch or less of accumulation from Thursday's system based on current forecast model data.
Our Sponsors END_OF_DOCUMENT_TOKEN_TO_BE_REPLACED