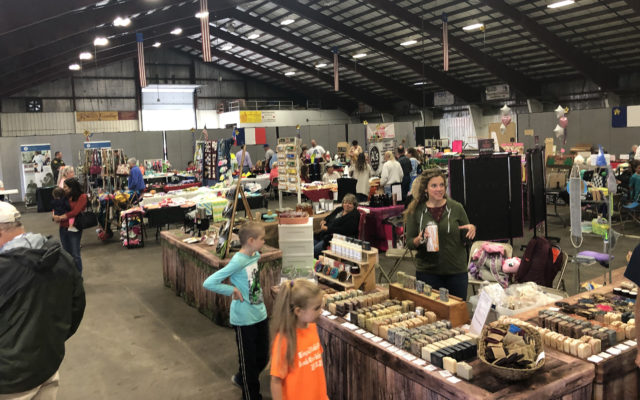 Morgan Mitchell • October 11, 2019
Julie Rayder’s kitchen is not only used to feed her family of five, it also doubles as a work space for making soap. Rayder, owner of Nutritious Skin, started making natural, dye-free soap from local ingredients four and a half years ago after taking an interest at craft fairs.

MADAWASKA, Maine — Julie Rayder’s kitchen is not only used to feed her family of five, it also doubles as a work space for making soap. Rayder, owner of Nutritious Skin, started making natural, dye-free soap from local ingredients four and a half years ago after taking an interest at craft fairs.

“Whenever at craft fairs, I was always drawn to the soap vendors where I would purchase their soap,” said Rayder of St. David. “When my sister made me lip balm, it inspired me to make soap.”

In the last four years, Rayder has worked at perfecting her art of soap making, has become an administrator for an international Facebook group, and still produces her own youtube videos for a shared channel with 9,000 subscribers about different soap-making techniques including her innovative screen lift swirl where she uses a screen to create her design. 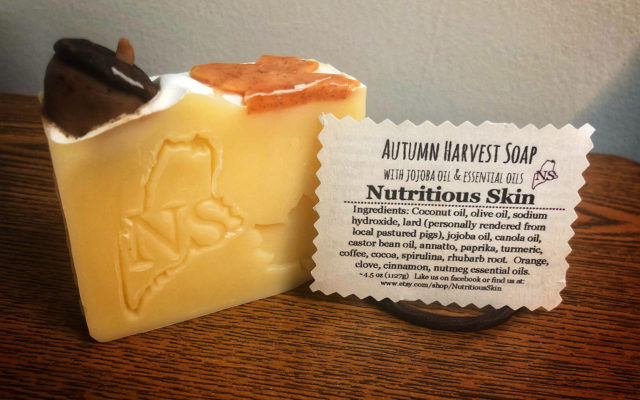 Julie Rayder’s fall soap is made like her other natural soaps and features lard that was “personally rendered from local pasteurized pigs.” (Morgan Mitchell)

“People have called me a soap magician. It’s like art and I really enjoy it,” Rayder said.

She made her way up in the soap making world and became one of the 20 administrators for the largest international soap making forum on Facebook called Soapmaking with Natural Ingredients Forum. With its more than 30,000 members, the forum is used to educate people on the process and techniques of making soap.

“It’s a science,” Rayder said. “ For example, coconut oil will make [the soap] bubbly. There are so many variations, it’s a science and I love that.”

Rayder said she was made an administrator of the forum after the other administrators took an interest in her soap making abilities and her design style which was not common at the time.

Rayder said she gets her inspiration from some of the people in her Facebook page who post “amazing” creations that she wants to imitate. 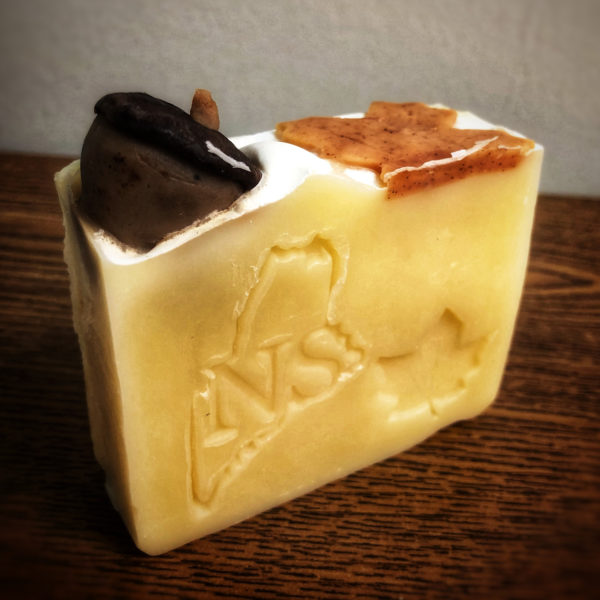 Members of the Facebook group also discuss which ingredients to use based on their beneficial properties.

Rayder said her soaps include ingredients that are locally sourced and do not contain any artificial additives or dyes, rather she uses the dye properties of natural ingredients.

The colors of the soap are manipulated by fruits and vegetables she adds to the mix. Rayder said she uses strawberries, blueberries, teas, potatoes, buckwheat and anything else she can find. “There is no limit to what you can do,” she said.

“I do not support the concentrated animal feeding operations,” Rayder added. “I try to support others as much as I can as much as possible.”

For some product recipes, she uses organic lard from a farm in Washburn that would otherwise be wasted and thrown away. Rayder also gets milk and eggs from a local farmer for some of her soaps, which she said adds a natural conditioning feel.

She even made fiddlehead soap when they were in season a few years ago. “I juiced them and used them in the soap — it stunk,” she chuckled. One time she added too much yogurt and had a soapy mess on her hands.

“If you add too much sugar to a soap it will volcano and spill out into the mold,” she said.

Measuring all the ingredients correctly is the difference between a gentle soap and a bad reaction. “I am very precise with my measurements, and my products are formulated to be gentle.”

She sells her soaps for $6 each or four for $20 if you go to her directly.

The money from her soap business goes toward her children whether it is for soccer uniforms, judo lessons, or their college funds.

As the Maine Turnpike expects 1 million travelers alone over the Labor Day weekend, policymakers are gearing up for a sprint to solve one of the state’s most intractable problems: a long-standing — and growing — transportation funding gap.
Apex Weather END_OF_DOCUMENT_TOKEN_TO_BE_REPLACED

A cold front moved through the Valley early this morning, and it will be followed by an Arctic cold front this afternoon.
Campaign Corner END_OF_DOCUMENT_TOKEN_TO_BE_REPLACED