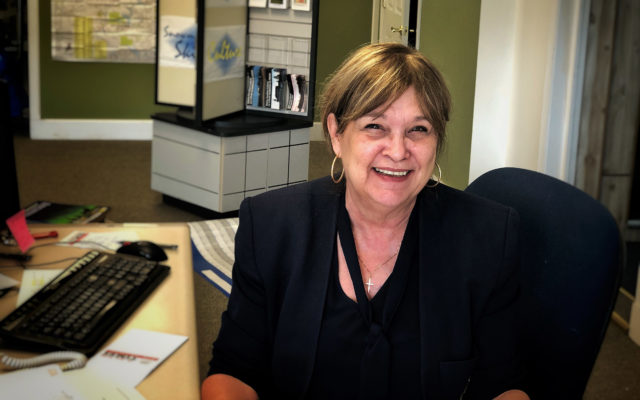 New Chamber Director plans focus on businesses in the Valley

Boucher is no stranger to the Valley. As a Madawaska native, Boucher left in 1990 and began working at the Greater Bangor Chamber of Commerce. She worked at the Chamber for seven years where she ended her time there at the peak of acting president.

She then worked for Maine Public Broadcasting before her move to Bangor International Airport where she worked as a marketing assistant. Boucher was also in charge of the Maine Troop Greeters, a group of volunteers who would stand by the exit ramp and greet the troops who were landing at the airport.

Boucher said one of the major reasons the airport hired her was due to her involvement with the group. She left her mark at the airport with the cultivation of memorabilia she helped procure to build a museum at the airport to honor those troops and greeters. The museum opened in November 2017.

“My crowning achievement is the Maine Troop Greeter Museum at the Airport,” she said.

“I plan to work hand-in-hand with Acadian Festival committee,” she said.

Boucher said she intends to keep up with the events the chamber had previously put on, but her focus in this position would be to increase the business aspect.

“Madawaska Area is a unique area, and we are in a good position to build up the tourism and we need to focus on the business aspects of the chamber to help bring up the economy, and not just focus on the events,” she said. “The chamber can really make a difference in the economic climate here.”

She added that she hoped to incorporate the francophone part of the Valley within the chamber “because that is a big part of our heritage.”

“Madawaska is a multicultural area. When people come to the Valley, we want them to know that they are coming to a really rich cultural area of french descent and that they will be greeted by a friendly community,” she said. “We can’t forget our roots, because that is what defines us.”

As the Maine Turnpike expects 1 million travelers alone over the Labor Day weekend, policymakers are gearing up for a sprint to solve one of the state’s most intractable problems: a long-standing — and growing — transportation funding gap.
Apex Weather END_OF_DOCUMENT_TOKEN_TO_BE_REPLACED

Mostly cloudy skies will develop after midnight as a warm front moves across the area with some snow flurries possible overnight.
Our Sponsors END_OF_DOCUMENT_TOKEN_TO_BE_REPLACED