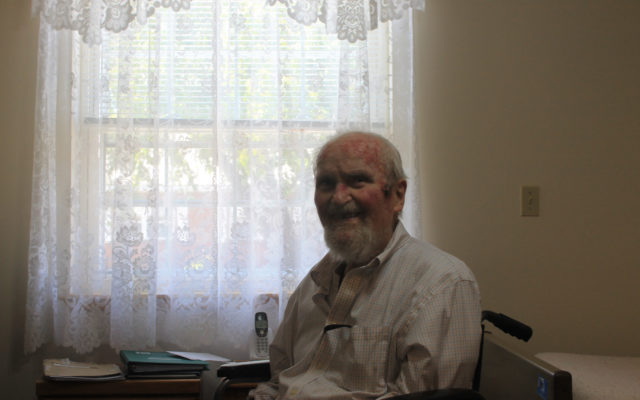 Ed Chase always knew he wanted to work in the forestry industry.

The 90-year-old retired Great Northern Paper Company forester grew up in Cape Elizabeth, the son of a state legislator and investment banker who might have become governor had he not died in a tragic 1953 plane crash.

“I was very sure I didn’t want to go to an office with a necktie and a white shirt on like my father did,” Chase said. “I loved recess.”

Chase spent his entire career with Great Northern, overseeing logging operations, the construction of the Portage chip plant, tree planting and more. After he retired, he and his wife Marilyn ran a small Christmas tree farm at their home in Garfield Plantation and set up a network of cross country ski trails in their woodlands that’s still used by the Ashland School District and others.

Chase grew up enjoying cross country skiing, nurtured in part by his time at the Proctor Academy boarding school in New Hampshire.

“The headmaster liked to ski and their winter program was cross country skiing. Every one of us was expected to ski for the afternoon activity when there was snow on the ground. That’s what got me hooked on it. Sometimes, I remember the school bell ringing at half-past-seven after a snow day, and that meant no school, we were skiing.”

Chase studied forestry at the University of Maine, where he also met Marilyn, a business major originally from Connecticut. He joined Great Northern fresh out of university, living in Winterport but eyeing northern Maine.

“I told my boss, if you want me to live up there, just tell me. I ended up as woodland superintendent in Ashland.”

From Ashland, at the edge of northern Maine’s largest tracts of working forest land, Chase worked during the heyday of the paper industry.

“We had five camps for where we were cutting wood. We built a chip plant in Portage. By the time we were done,” he said, “all our production of some 200,000 cords went through the chipper plant.” 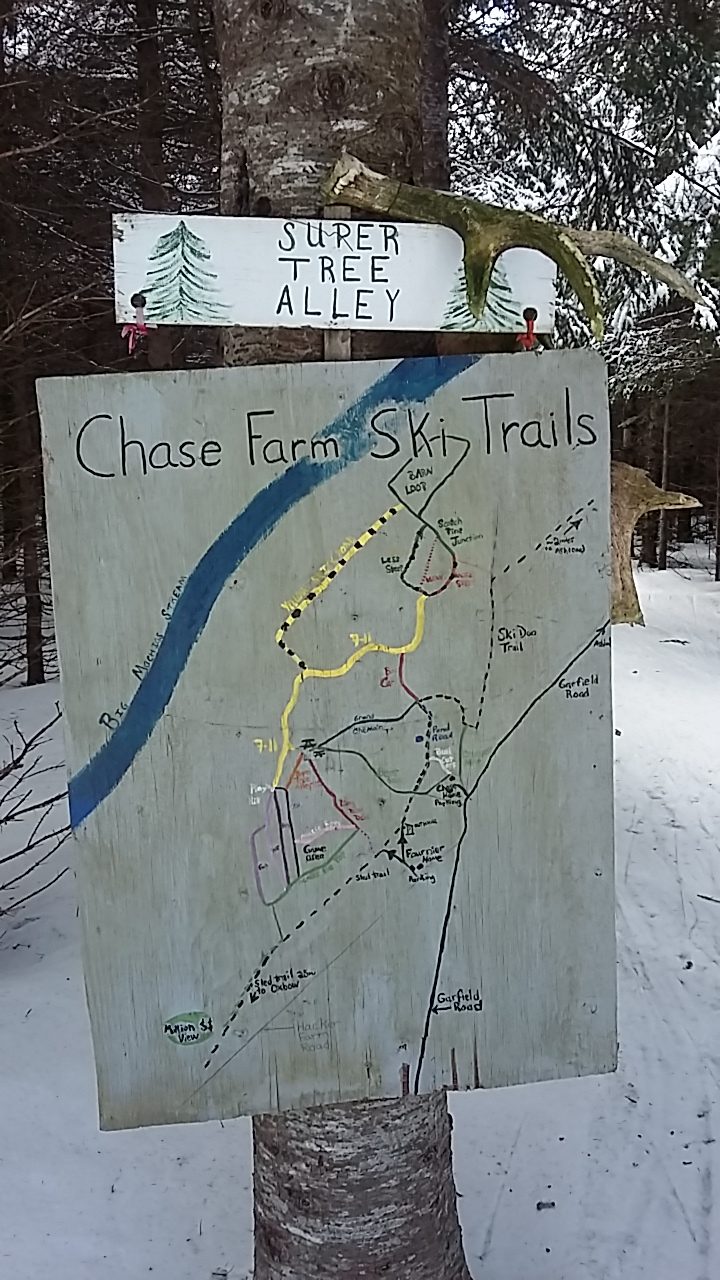 Chase also worked with Great Northern to help convince farmers and other landowners to plant trees as part of the national tree farm program.

“Any of the tree farm signs you see along the road, probably along the line I had something to do with getting that landowner interested.”

The Chases built a home in Garfield Plantation in 1967 and raised three children. Later on, they acquired more woodlands adjacent to their home.

“After we built our house, the company that owned the woods behind our house went belly up. I was able to bid against a few others to buy 300 acres. I knew the budworm was going to get into it. It was happening everywhere.”

“You could hear them in the fir trees,” Chase said.

The situation led Chase to decide to harvest firs on land which is now a mixed hardwood and softwood forest and also hosts the 3.5-mile network of cross country ski trails.

“I laid out the yarding trails for the Burby boys, who cut my fir before the budworm got them,” Chase said, referring to the local logging business. “Later on I realized those yarding trails would make excellent ski trails.”

For more than a decade, the Ashland School District cross country team has been skiing there, and the Chases have also welcomed the general public to ski their land.

In retirement, Chase volunteered in running the Ashland Logging Museum, along with planting and selling Christmas trees.

“I sheared and tended Christmas trees for five years. We were selling 4,000 trees to the wholesale market and about 1,000 trees a year there in the dooryard,” he said.

Today, he lives at Leisure Gardens & Village in Presque Isle. He enjoys reading and taking in the view of the massive, multi-trunked maple that he identifies as “trembling maple.”

“It’s Acer tremuloides. See how the leaves are deeply rutted? It turns absolutely beautiful yellow before the leaves fall.”

Only one member of Maine’s congressional delegation had come out in favor of impeaching President Donald Trump ahead of House Speaker Nancy Pelosi’s Tuesday announcement that the Democratic-led House of Representatives would begin an impeachment inquiry.
Apex Weather END_OF_DOCUMENT_TOKEN_TO_BE_REPLACED

Dale Crafts filed his nomination papers for Feb. 21 with the Secretary of State to officially be placed on the primary ballot on June 9, 2020, for the U.S. House of Representatives 2nd District race.
Our Sponsors END_OF_DOCUMENT_TOKEN_TO_BE_REPLACED