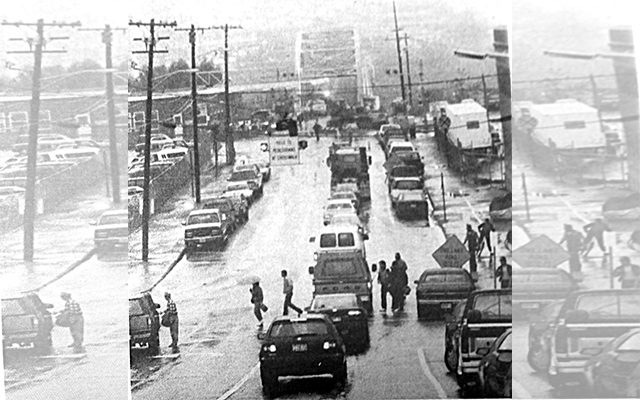 Contributed • September 27, 2019
50 Years Ago -- October 2, 1969 Madawaska Knights Hold Hunter’s Breakfast  -- “We aren’t kidding when we say the event is being held by popular demand,” explained Alvey Dubois, publicity chairman for the Knights

Madawaska Knights Hold Hunter’s Breakfast  — “We aren’t kidding when we say the event is being held by popular demand,” explained Alvey Dubois, publicity chairman for the Knights. “Over the years we have been asked by area residents to sponsor a hunter’s breakfast.

Kerr Wins Tennis Tournament  — Billy Derr was the winner of the hotly contested tennis tournament at Fraser courts in Madawaska when he took the third set from runner-up Rudolph Pelletier Tuesday evening. The pair went into the final round after 14 other entries had been eliminated. Kerr advanced to the finals by upsetting the Rev. Louis Long, George Gagnon and Cliff Madore.

Looking Good — Madawaska Superintendent of Schools Tom Scott reports the new elementary school on 11th Avenue is one month ahead of schedule. The contractor plans to have the building enclosed before winter. The bulk of the work will be to install the walls and roof before the snow arrives. Scott said, “I’m very pleased and there is no doubt in my mind, they will be ready for Sept. 1, 1995, for the opening of school.”

As the Maine Turnpike expects 1 million travelers alone over the Labor Day weekend, policymakers are gearing up for a sprint to solve one of the state’s most intractable problems: a long-standing — and growing — transportation funding gap.
Apex Weather END_OF_DOCUMENT_TOKEN_TO_BE_REPLACED

The Valley will receive an inch or less of accumulation from Thursday's system based on current forecast model data.
Our Sponsors END_OF_DOCUMENT_TOKEN_TO_BE_REPLACED